London-Based Animation and Creative Studio Jelly Launches in US 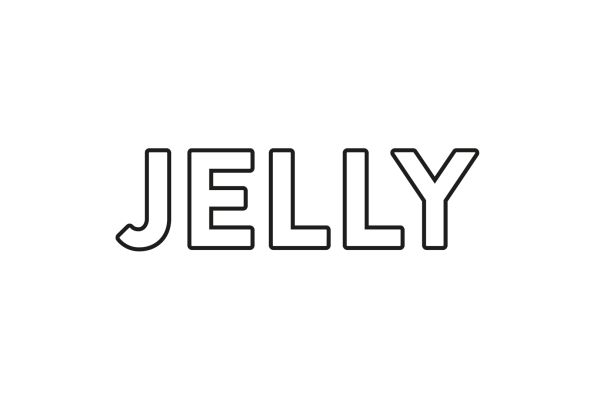 Jelly has arrived in the US. Hold the condiment puns, please.

The London-based animation, design and production company that’s produced for a bevy of American agency and direct clients has opened a full-time presence in New York and dispatched its senior creative producer, Eri Panasci, to lead it as executive producer. The news was announced today by Chris Page, co-founder and partner.

Launched in 2002, Jelly functions as both a production company and artist management agency. On the commercials front, Jelly represents a global roster of directors and creators who’ve produced animation and motion graphics for brands like Lacoste, Apple, Samsung, Adidas and many others; in the latter role, it represents a roster of highly-awarded illustrators and designers who regularly collaborate with brands on print, digital and outdoor ad campaigns as well as providing editorial illustrations for many of the top media brands globally.

Panasci’s move to New York is also a homecoming; a Connecticut native and graduate of Boston University, she’s worked in New York, San Francisco and London for such media and advertising companies as McCann and Vice Media. She joined Jelly in London in 2016, overseeing design and production assignments for such clients as Virgin Media, Google, Nespresso, McDonald’s, and Bombay Sapphire.

“We’ve been thinking about this and talking about it for some time,” Page says, about the move to New York. “We’ve been eager to collaborate more fully with our American network and to be able to bring our roster of amazing talent and bullet-proof project management to work with them more effectively.

“The fact that we have an American as part of our management team who wanted to  lead the charge – and who could reconnect with her American network of clients and colleagues in the process – made it an easier decision,” Page continues. “We felt it was a fantastic opportunity to be in our clients’ backyard.”

“One of the things I’ll be able to do is provide a deeper level of service for our US clients from New York versus London,” says Panasci, “and meld that with the Jelly model and culture. And being able to put a face to a name is always good, especially when you’re dealing with someone who understands the American market and its expectations.” The studio has lined up US representation with James Bartlett of Mr. Bartlett, whose initial brief will be to handle the East Coast.

Coming from the UK, how does Panasci describe the Jelly approach? “It’s playful yet competent,” she says with enthusiasm. “We don’t take ourselves too seriously, but on the other hand we get shit done, and we do it well. We’re known for craft and solutions, and famously for not saying the word ‘no’ - unless we really have to!”

What’s also unique about Jelly, notes Page, is its dual role as both a production company and illustration agency that treats both disciplines with equal gravitas. “And we’re able to cross-reference our creative capabilities, and do it successfully,” he adds, noting that Jelly often handles integrated packages for clients that combine still imagery for print and out-of-home with motion work for TV, web and mobile.

“This approach is well-suited to the current needs of our clients,” Page adds. “We find that there’s rarely a campaign that’s purely one medium or another these days, and we can comfortably deliver a suite of assets across the board. Utilising the prowess of our rostered talent, as well as our full service in-house animation studio KITCHEN, we're a one-stop solution for delivering robust campaigns."

“Jelly has been doing this successfully in London for 15 years,” Panasci points out. “We’re known for our production capabilities and the calibre of people we represent. Across the board, whether working with still or motion projects, our goal is the same: to build relationships, deliver great work and generate repeat business.”

Panasci says the focus of Jelly’s US operations will initially be motion work, but adds their illustration talents will also be available, and they’ll be showing print portfolios along with showreels when meeting with agencies and clients. Jelly’s Head of Illustration, Nicki Field, will accompany Panasci in March to kick off the New York presence with a series of meetings and screenings. (We’re told there’ll be scones).

“We’ll be actively looking for opportunities in both genres, as it’s a part of who we are,” she explains. “We love to sink our teeth into those big briefs that encompass the full gamut of production: a TVC, the out-of-home campaign that accompanies it and shorter format content for social and the web.”

While based in London, the studio is at ease working in America, Panasci adds. They’ve produced campaigns for such shops as 72andSunny, Mother, Droga5, BBH, Wieden+Kennedy, Publicis and more, working with both their US and European offices. Most recently, Jelly signed the New York-based animation team ROOF to a representation agreement for the UK market; the team played a leading role in the recent 'Imaginary Friends' campaign from RPA in Santa Monica.