Awards and Events 221 Add to collection

Agency received award for their 'Come as a clown, eat like a king' campaign for Burger King 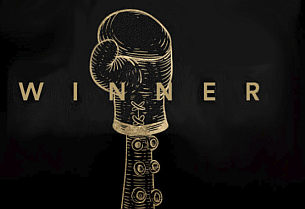 With Halloween fast approaching and the movie ‘It’ hitting theatres just in time to inspire Halloween pranks, the clown was reborn as one of the scariest characters in the mainstream. To take advantage of the context and Burger King’s on-going teasing of the competition, LOLA MullenLowe and Burger King devised a cheeky and bold stunt to raise Burger King’s profile and drive traffic into their restaurants.

All over the world, people were invited to “Come as a clown, eat like a king” and Burger King would give away a free whopper to anyone that came to their restaurants dressed as a clown on Halloween night.

When the campaign launched, the clowns came out to play and the idea took a life of its own. More than 110,000 people from 35 countries ventured into over 1,500 Burger King restaurants on Halloween night dressed as clowns to claim their free whopper. Global sales increased up to 15%, restaurant traffic increased up to 21% and the campaign earned over 2.1 billion impressions worldwide, making it one of the most successful campaigns in Burger King’s history.

MullenLowe Group Global CEO Alex Leikikh says the quality of entries this year was extremely high and the competition fierce. “It’s been another incredible year with some brilliant entries from across MullenLowe Group’s global network. I would like to congratulate LOLA MullenLowe for producing such a beautifully crafted campaign with such astonishing results. It is a truly outstanding example of how to give our clients an Unfair Share of Attention and what can be achieved with a Challenger Mentality”.

LOLA MullenLowe Madrid Executive Creative Director Pancho Cassis says they are thrilled to be able to slip on the Golden Gloves this year. “It’s an honour to have been chosen among the very best in the network and we are extremely proud to work for a network that values (and rewards!) great work. Congrats to everyone that made this campaign possible and to every MullenLowe team around the world that supported us. Burger King is an exceptional client and they will be happy to know that Scary Clowns will forever be remembered as a Golden Glove winner,” he continued.

The Golden Glove Awards are an internal awards programme at the MullenLowe Group. Offices across the entire global network are invited to submit work that demonstrates how they developed a challenger strategy to deliver an Unfair Share of Attention with outstanding results and ‘talkability’ around their clients’ brand.