The Halloween-themed, Mary Poppins-inspired short charts the story of a clown's descent into madness 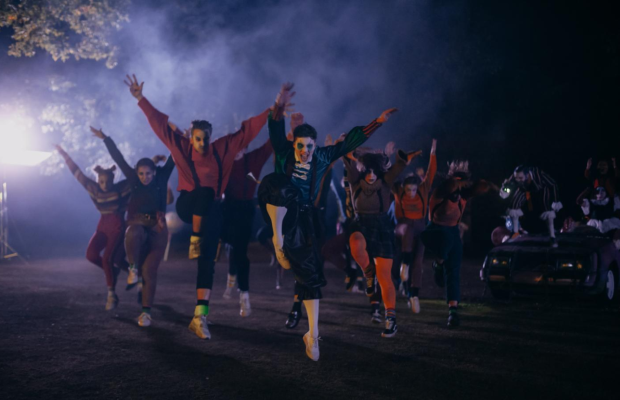 This Halloween fall into the world of Loïc Nottet and his newest creation ‘Candy’. The multi-talented artist has been simultaneously involved in writing, singing, choreographing, directing and designing this short film, which is a brand new, horrifying Halloween adventure to accompany his latest EP, which was released on 31st October on Sony/RCA.

You can check out the short film in its entirety below:

It's near impossible to separate former French Strictly Come Dancing winner Loïc Nottet’s musical work from the Disney-like visual world he has illustrated around it. With his latest musical short ‘Candy’, the multi-talented, Belgian artist has been hard at work creating ‘Candy’ - the story of a clown’s descent into madness, as he embarks on a quest for revenge having been abducted by an evil witch who force-fed him sugary treats as a child. Years later, he is on a mission to find her, followed by a range of zany characters each more unstable and unsavory than the next.

Loïc’s earliest drive to write this short film came courtesy of the new ‘Mary Poppins’. Despite not being very fond of musicals in general, the costumes and choreography in Rob Marshall’s rendition both immediately struck Loïc as something quite magical: “As a huge fan of clown characters, which I’d already featured in Doctor, and Halloween, I was very interested in combining the two.” And so Loïc started to write and compose, openly drawing inspiration from an early version of the classic Hansel and Gretel fairytale: “I’d watch the movie with the sound off and let the inspiration come from the imagery, the sets, the costumes and the characters…”

Loïc Nottet has a keen eye for fashion and has always enjoyed creating the costumes featured in his work. So it was only natural that he himself take on all of the design work for the pieces which appear in ‘Candy’: “It’s one of my favourite things to do so I really wanted to oversee the whole creative process. I drew the original sketches, picked out the fabrics myself and brought it all to the workshop I’ve been working with since 2016 in Brussels. They manufacture all of the costumes I wear on stage as well as the ones featured in my videos. I love working with them because they’re involved in social rehabilitation and supporting these kinds of causes is very important to me.”

Loic’s ability to oversee all elements of this short film, from the song writing to the choreography, direction, decoration and design make this creation something really very special.