Check out the work winning big in South Africa 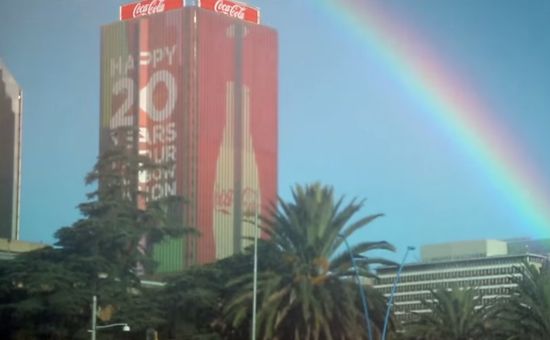 South Africa’s Loerie Awards winners were announced last month. Here's a round up of all of the campaigns that were awarded Grand Prix. Also please see the bottom of the page for a full list of this year's Special Award winners, including Loeries Hall of Fame and Marketing Leadership and Innovation Award.

A Rainbow for the Rainbow Nation

Grid Worldwide Branding created the #unlearn campaign for Anti Est, a bar in the hip area of Braamfontein in Johannesburg. It is about questioning what you know, free thinking, challenging conventions - ‘unlearning to learn’. The bar contained a number of visual messages to portray the mantra, including fully covered nuns next to half-naked ladies, posters depicting Kanye West and Kim Kardashian as strange hybrid creatures complete with nude Renaissance sculpture-inspired bottom halves, and pizza boxes emblazoned with messages like ‘Love what’s inside’ and ‘Don’t put me in a box’.

Special Award Round Up

“Keith Rose, Director & Founding Partner of Velocity, was inducted into the Loeries Hall of Fame, for his outstanding contribution to the South African and global advertising industry.”

“The Young Creatives Award, sponsored by Adams & Adams attorneys, recognises outstanding achievement by talented individuals at the beginning of their careers. This year the award went to Matthew Pullen and Freda Raubenheimer. They each received a Gold Loerie and a trip to the Cannes Lions International Festival of Creativity.”

Antalis Creative Use of Paper Award

“The winner of the 2014 Antalis Creative Use of Paper Award is the Johannesburg Zoo and Y&R South Africa for “See what comes out in the dark”. The award includes two Apple iPads for the creative team.”

“The Times Newspaper Award went to One School at a Time and Joe Public for “Project English.” As part of the prize, Joe Public secures next year’s campaign for the Times Creative Press Ad challenge, valued at R160 000.”

“The Unilever Ubuntu Award for Sustainable Marketing honours brand campaigns that do good while doing good business. A Gold Loerie was awarded to Exclusive Books and 140 BBDO for the Exclusive S.E.E.D Library.”

Be sure to check out a full list of winners here.