A comprehensive guide to the top filming spots in the Italian Alps (and the mountain range in general) from Paolo Sassi, Producer at Shoot in the Alps 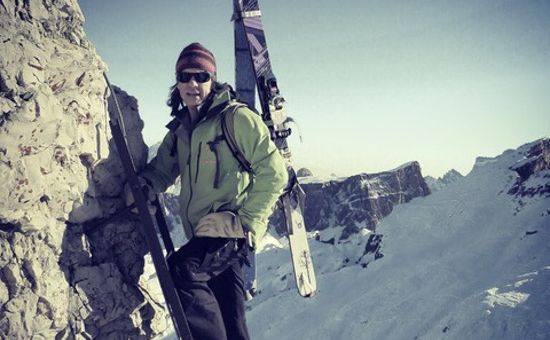 Continuing our feature series touring the shooting destinations of the world, LBB’s Jake Otley turns his location spotlight to the roof of Europe -the Alps. The mountain range contains some of the highest peaks in the world and the surrounding region offers cities rich in history, spanning five countries. The area is constantly host to film crews, shooting anything from Bond films to Samsung commercials.

Paolo Sassi, Producer at Milan-based film, photo,location and production service company Shoot in the Alps, has been working with big brands in the area for over 20 years. He knows the abundance of production options that the Alps have to offer.

LBB> How would you pitch the Alps and surrounding region to any production companies looking to shoot there? What are the main qualities of the region?

PS> Italy and the other countries that are part of the Alpine Mountain range (Italy, Austria, France, Switzerland, Slovenia) are blessed with the most varied landscape in the world. Every kind of location you need for your shooting is here, and they are incredibly close to each other. I don't think there are other places in the planet where you can stand on a huge glacier peak, breathing thin air, and be sunbathing by the sea (or by one of the most beautiful lakes of Earth) a few hours later. The fact that it’s a small area is a great advantage in those situations. 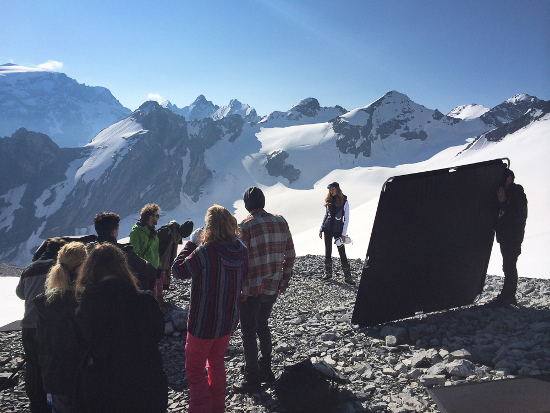 LBB> What would you say are the top locations in Italy and the Alpine region?

PS> It's no surprise if we say that the Alps are our favourite place in Europe, but there is obviously much more to discover. Lake Como, on the southern side of the range, is often quoted as the most beautiful lake in the world. Slovenia is famous for wildlife (including bears, lynx and wolves) and pristine forests. 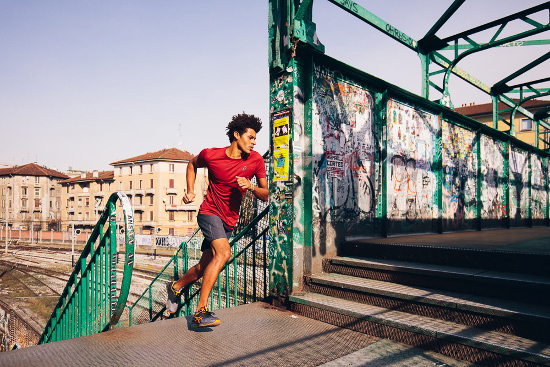 Milan is the city of fashion, with Geneva and Innsbruck just a few hours drive away. Verona is the city of love. Visiting Venice is on everyone's bucket list with the Dolomites close by. The French Riviera (the Cotè d'Azur) immediately starts where the Alps end and it's a very popular spot in Europe, with sandy beaches and a vibrant lifestyle. Everything is just a few hours’ drive from the most famous mountains. 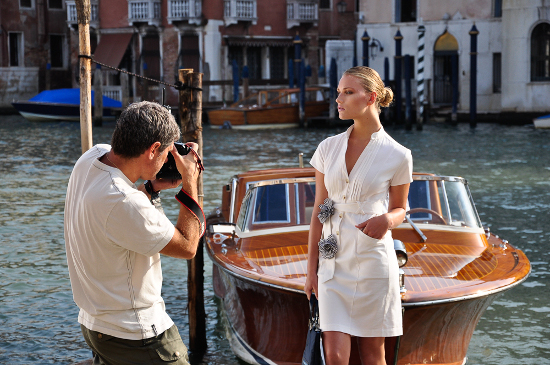 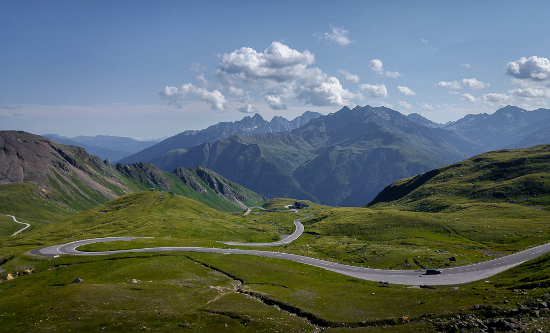 LBB> What specific location would you say is most popular? Why?

PS> There are just too many famous landmarks that it would be impossible to answer this question. But I can say that the areas around Mont Blanc and the Dolomites are the two most popular locations for our productions.They are extremely different but both offer incredible locations with little effort. Windy mountain roads are perfect for automotive shoots and cable cars are very well developed here – some of them are very advanced and futuristic –and allow us to film in areas that would require a huge effort in other places in the world. 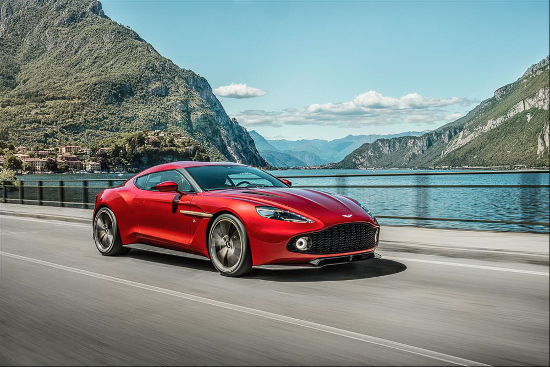 LBB> How about the climate. What are the best and worst times to shoot in the region?

PS> The best time to shoot only depends on the idea for your location.If you want to shoot a snowy forest and a magic atmosphere with snow-covered roofs in the village, you must come in winter. The same applies to some specific summer situations. But usually we do a lot of “tricks” such as filming winter scenery on a snow-covered glacier in August. We can access snow 365 days a year, so it's easy to shoot during what looks likely to be the “wrong season”. We film a lot of summer collections for the fashion industry in December; and many winter collections in July. It's all about knowing the territory and the evolution of the conditions in this special environment. 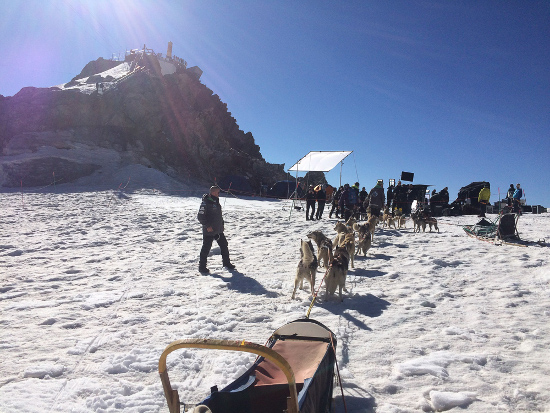 LBB> How is the infrastructure in Italy for supporting large productions?

PS> The Alpine range is serviced by the production hubs of Milan,Munich, Ljiubliana and Zurich so basically, we have access to any request for casting, equipment, studios, crews or any other need the production might have.

LBB> What have been your most successful productions in Italy or the Alps to date?

In the international movie industry scene the most famous productions in recent years are Everest (shot mostly in Italy and Austria for the action scenes), Spectre, Point Break (2015) and Kingsman: The Golden Circle. A part of the upcoming Star Wars movie (2019) is also being shot in the Italian Dolomites.

LBB> Where would you say is the biggest competitor to Italy in the region? 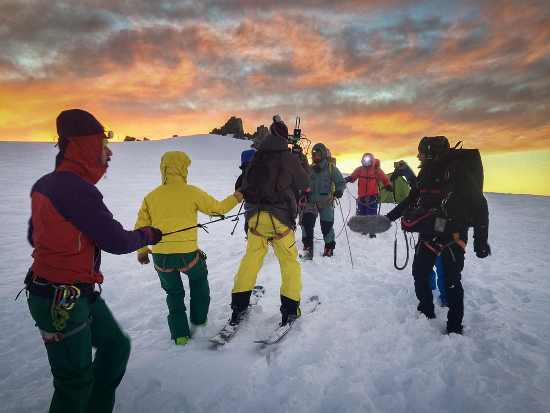 LBB> Can any locations in your region ‘double’ for other locations?

PS> We definitely do a lot productions while pretending to be somewhere else. A very obvious example is the Himalayas. There is no way you can shoot a proper movie on a 8,000-metre peak, that's why most of the movies and TVCs set in those mountains are shot in the Alps. It's very hard to tell the difference unless you are an experienced Alpinist. We’ve often shot “Scandinavian landscapes” in our mountains, as well as many others. The possibilities areendless. There are even places in Italy where many Western movies – set in north America or Mexico - were shot. 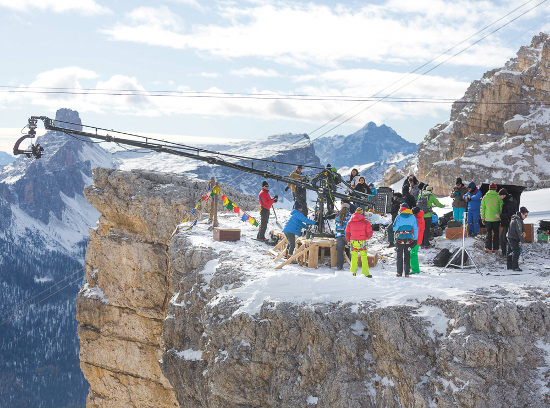 LBB> What are the most popular kind of productions and why do you think this is?

PS> We shoot pretty much the same number of automotive, fashion, sport and technology. We have the most amazing roads for cars and motorbikes,romantic nature for the fashion industry, proper severe environments to test sport equipment and the latest technologies. And of course, charismatic cities where we shoot a little bit of everything. 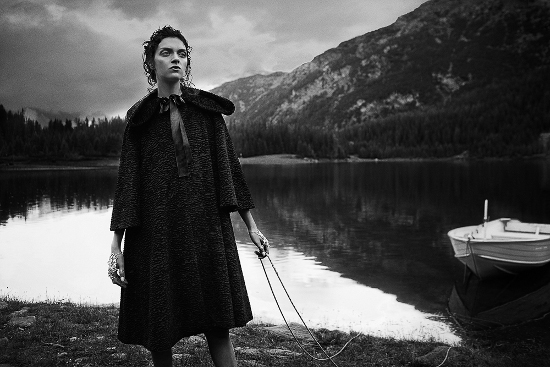 If we have to be specific, I can say that, unlike other years, 2017 was very dense with automotive shooting. 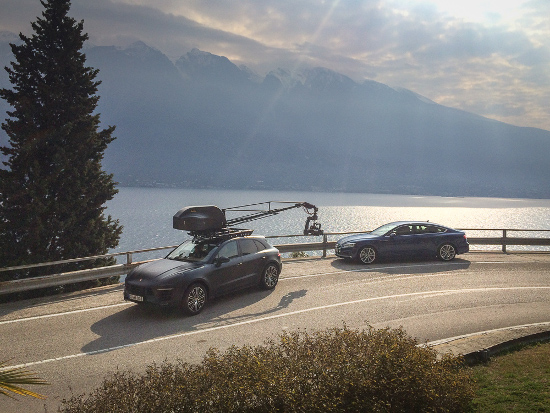 LBB> As an outsider, what would you say are the biggest Dos and Don’ts in the region?

PS> If you happen to be on a production on the southern side of the Alps, it's inevitable that you will end up eating a lot of amazing food. So,this is the main suggestion: don't spend all your time in the restaurant, also try to enjoy the landscape. But if you can do both at the same time, that would be great. What you should NOT do: go for a walk alone on the glacier while waiting for the next shot. Hidden crevasses are a common and lethal danger. But the guides in our team are always happy to come with you and show you the surroundings in total safety. 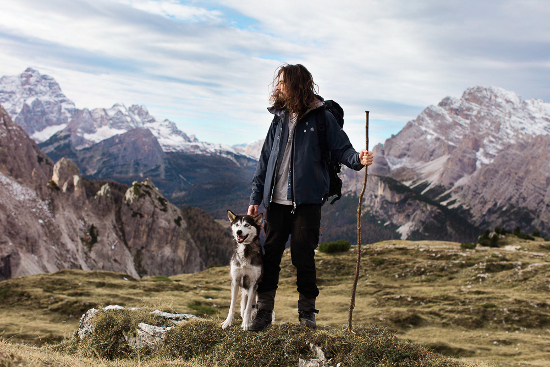 LBB> What would be your number one tip to anyone coming to the Alps to shoot?

PS> Do not just randomly show up in the mountains and shoot. You MUST rely on someone who really knows the territory. The Alps are huge and the possibilities are endless: it's impossible to discover the best locations unless you've spent many years in the region. You won't find most of the valleys on the internet: the best places are still a very well-kept secret. But this isn't the only reason why you should trust an expert: you must know in advance if the green valley you chose is going to be snow covered when your production starts. Do you have a plan B if that beautiful frozen lake is already melting? We always do. 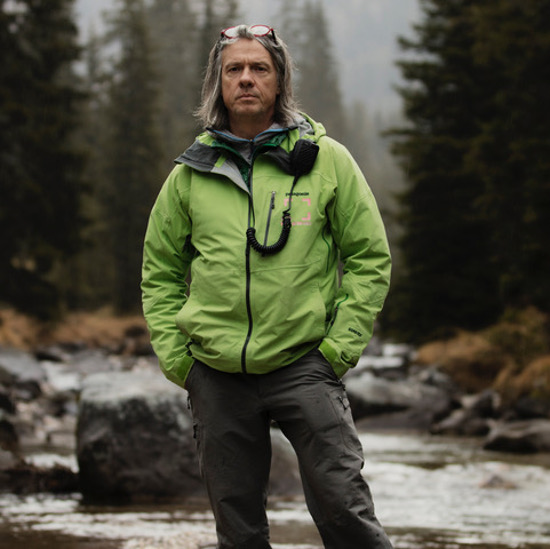 LBB> Where would you suggest a foreign production stay while they are working in the Italian Alps?

PS> For the southern side of the Alps Milan is always a good place to land. It's only 2.5 hours’ drive to Mont Blanc or most of the central Alps and only one hour to Lake Como. For the Eastern Alps, Verona, Venice, Ljubljana and Munich are a good starting point. We usually accommodate the crew directly in the mountains: there are plenty of hotels and ski resorts in most of the areas.Thanks to cable cars, snowmobiles or high altitude passes, there is also a chance to sleep in a basic hut on a glacier; this is a good opportunity to shoot at dawn or dusk – or even night – without worrying you might miss the cable car's last trip. 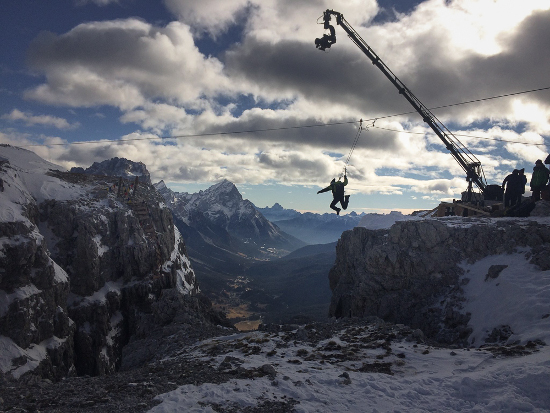 Shoot in the Alps

News from Shoot in the Alps 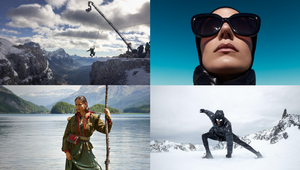 A Region of Its Own: How Shoot in the Alps Has Mastered the European Mountainscape
View all News

Work from Shoot in the Alps 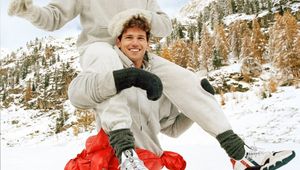 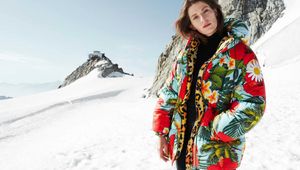 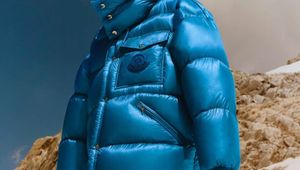