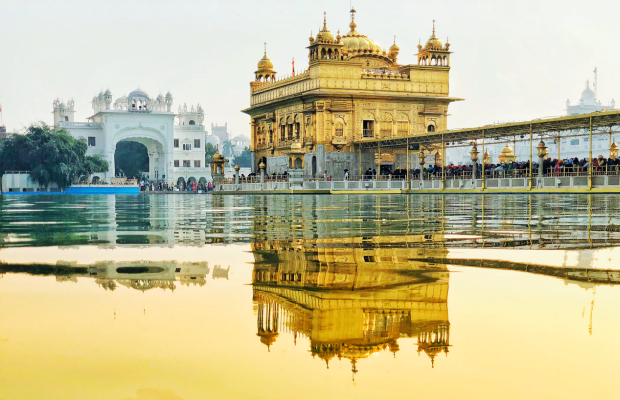 If you’re shooting your film in India, you’re spoilt for choice. The country boasts some of the most breathtaking vistas and culturally-rich locales you’ll find anywhere in the world - but a side effect of that is that it can be hard to know where to start.

Fortunately, Offroad Films have been shooting across India since 2011, and their work has been shot from Kerala to Delhi, and countless places in between. They’ve made films for some of the biggest brands in the world, and they won a Cannes Lion this year for their moving film about adoption for Vicks.

LBB> Where do you shoot most of your films?

Lavaanya & Madhuri> It always depends on the script and the art requirements as per the briefs. Mumbai, India for obvious reasons, is the hub of film production - in addition to being home to Bollywood, most of the ad commercials are produced and shot here. It is also where you’ll find most of the top notch heads of departments, studios and multiple locations for indoor and outdoor shoots. 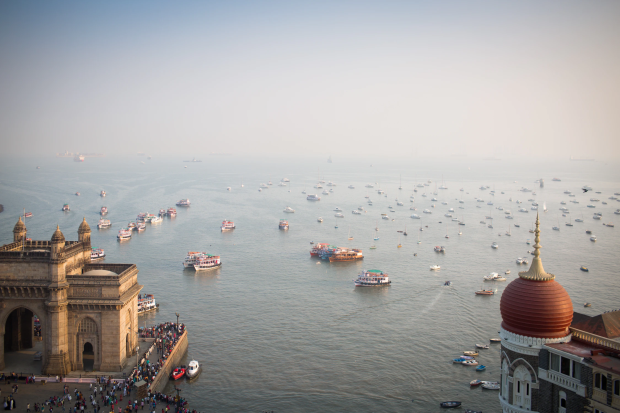 Above: ‘The Gateway of India’ in Mumbai

LBB> In your experience, where are the best locations to shoot in India?

Lavaanya & Madhuri> India has a wonderfully rich mixed bag of unique locations at a producer’s disposal - all choices that are extremely resourceful and come comparatively cheap. The country has different terrains across its length and breadth. The north of India has mountainous terrain, the north east has hilly and green locales. The southern regions are studded with beautiful beaches and very distinct tropical skylines, while the north west has deserts and arid regions. The country has a healthy mix of urban landscape - which capital cities like Mumbai, Delhi, Chennai and Bangalore provide; as well as villages and small towns in Madhya Pradesh and Uttar Pradesh that burst with character and clear personalities of their own. 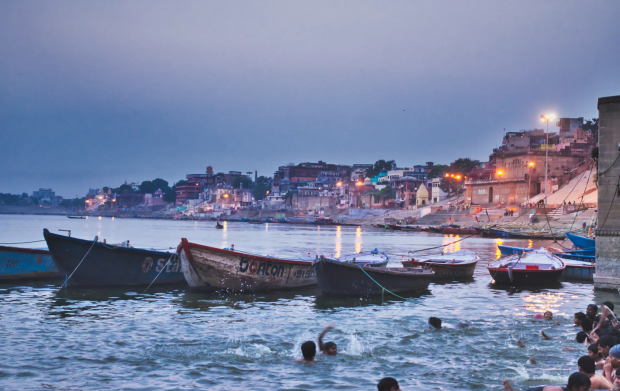 India used to be a British colony and so cities like Mumbai, Kolkata, Delhi, Chandigarh have stone buildings and British-era styled infrastructure in certain areas that can be leveraged accordingly. Even places like Goa and Pondicherry down south have well-preserved French and Portuguese architecture. Udaipur and other cities in Rajasthan have palaces and forts from the Mughal period which are beautiful and pristine and regularly used for high fashion shoots by international brands and magazines. 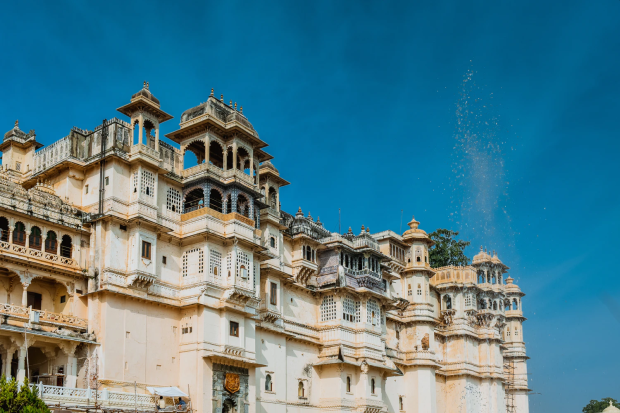 Above: Architecture in Rajasthan

India is also a land of various religions with some cities being synonymous with worship and popular pilgrimage sites like Varanasi. Taj Mahal in Agra is of course one of the wonders of the world, and a popular go-to for ‘establishing shots’. 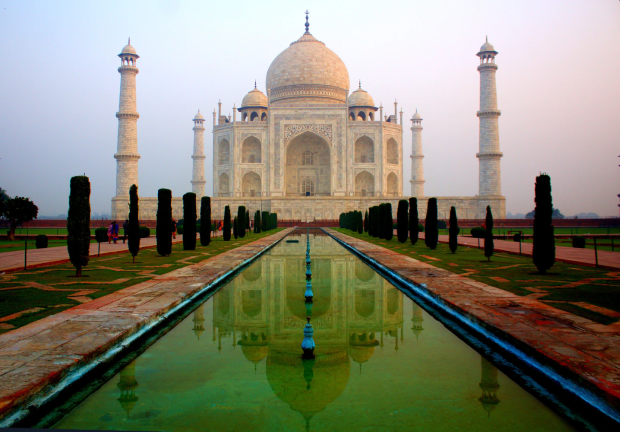 Above: The Taj Mahal in Agra

So you’re spoilt for choices and can take your pick depending on the brief and scale of the project.

LBB> Can you tell us a bit about the climate and the best/worst times to shoot in India?

Lavaanya & Madhuri> India is a tropical country, with most parts of the year seeing warm temperatures. The summers during the months of March, April and May are scorching and humid but manageable. The monsoon season generally lasts from June to early October and can cause floods in parts of Uttar Pradesh, Tamil Nadu, Kerala, and Karnataka. December to March are the best months to shoot weather-wise. 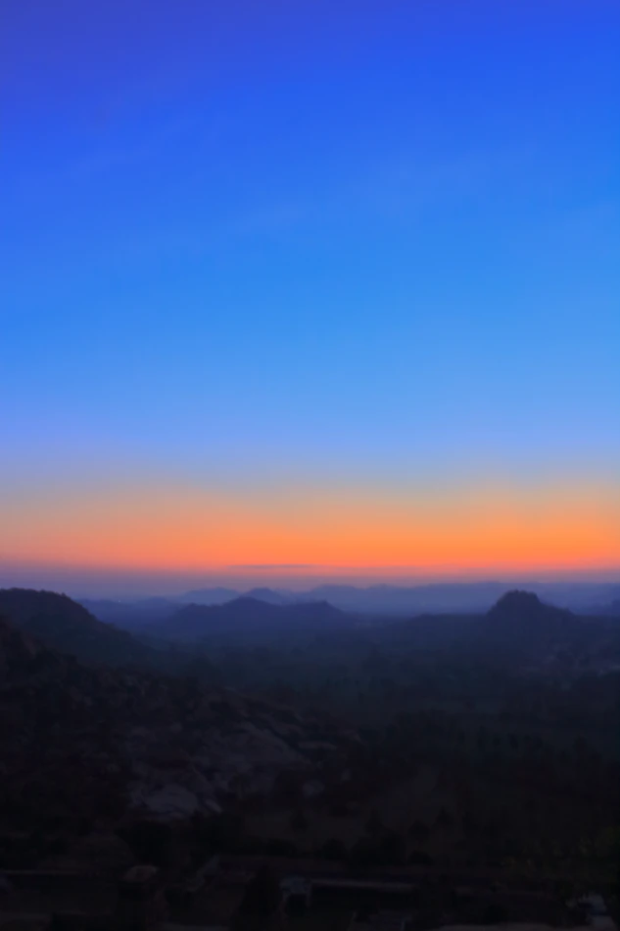 Above: Mountains in Karnataka at sunset

LBB> Are there any locations that you think are underrated / underused in India?

Lavaanya & Madhuri> Many parts of the north-east of India are relatively less explored and used for shooting- purely because it is far removed from the other main cities in the country. But the terrain, the untouched nature, clean skylines and ethnic communities with Buddhist identities are quite cinematic and novel. 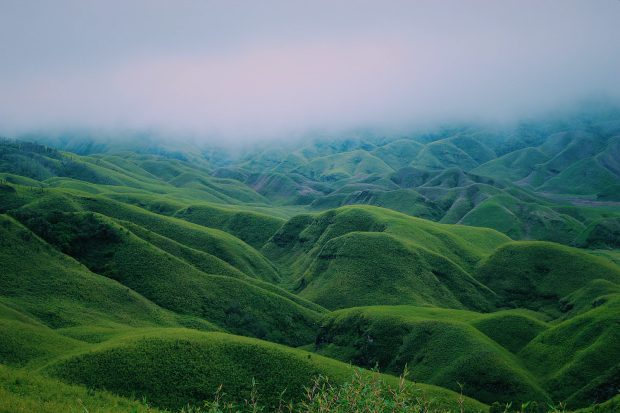 LBB> In terms of the location, what have been your most successful productions to date?

Lavaanya & Madhuri> For the projects where the location played an integral part in the story, our work for ITC, Airbnb and Vicks have been the best productions.

The ITC spot was directed by Mikon Van Gastel, and we shot it across Kashmir, Kerala, Rajasthan, Mumbai, Delhi, and Tamil Nadu.

For Airbnb, in collaboration with New York’s Park Pictures and Wieden+Kennedy, we scouted multiple locations in Goa to capture the fun essence of holiday living, yet avoid stereotypically touristy spots. Our location scouting in Goa covered all the British-era villas as well as bustling pockets of the town that were watering holes for eclectic tribes of global citizens.

And finally, our ad for Vicks was one of our most special films, and it won us a Cannes Lion in 2019. It’s a film that tells the story of a girl, who, by the looks of it, could be anywhere in the world. The spaces are nondescript in terms of putting a national or regional identity stamp on it but, at the same time, the film provides a dream-like stage for the different scenes and time travel. We shot this one in Bangalore, Karnataka.

Lavaanya & Madhuri> Many international productions have shot in India to guise the set ups as places in the Middle East, and Sri Lanka. The snow-capped mountains in Kashmir are the usual cinematic options for shooting Switzerland like spaces; the Goan streets with aforementioned Portuguese and French architecture can be used as those countries and how they looked decades ago. Central parts of India have many jungles as well that can be capitalised on to depict forest regions. 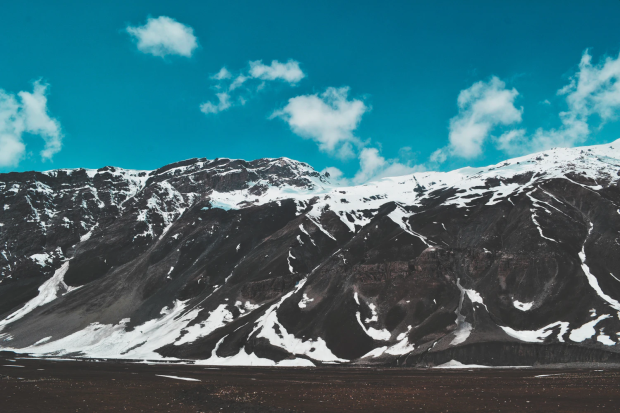 Above: Snowy mountaintops in Kashmir

Gujarat and Rajasthan have deserts and heat cracked arid land that can be cheated to look like a dystopian landscape. A lot of southern areas in Kerela, Karnataka and Tamil Nadu have beaches and can be used to ape Sri Lanka or other island states in the subcontinent.

LBB> As an outsider, what would you say are the biggest Dos and Don’ts in your location? For example: religious sites, language, attire to be worn, how to speak to the locals etc.

Lavaanya & Madhuri> India is a culturally sensitive nation. It gets very tricky to be politically correct and not hurt any sentiments - especially because there are numerous communities, religions and languages in one nation. Staying away from perpetuating any cultural stereotype, or accents or appropriating any religious practice are points to keep in mind. While Indians in general are secure in their identity and are aware of the different yet typical ways in which the west perceives Indians, issues pertaining to national politics, the Hindu-Muslim or gender divides, casteism, etc. are potential trigger points for unpleasant reactions. Also, in comparison to the west, India is slightly more orthodox and conservative with sex being a taboo subject. While that is clearly changing in terms of the content of recent films and ads finding audiences in smaller and less metropolitan cities, one still needs to tread carefully.

Because of this, it’s always advisable to partner with locals who know the language, understand the nuances and sensibilities of the people as well as have had past experience shooting in those regions.

LBB> What would be your number one tip to any coming to your location to shoot a campaign/film?

Lavaanya & Madhuri> Our number one tip is the same advice we follow ourselves when Offroad Films shoots abroad - choose a partner who is not just a local expert, but also someone who can be trusted with sharing the sensibility and maturity of the job. A lot of the time, the style of approach is the first and crucial step. Partners who truly understand where you are coming from and what standard of quality you are trying to achieve are always going to be the ones who will know not only how to cover all the bases, but they will also be able to provide you with a value addition or be able to think outside the box as a result of their sharp understanding of your brief. 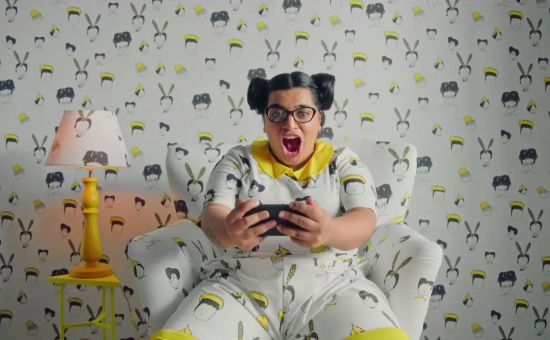 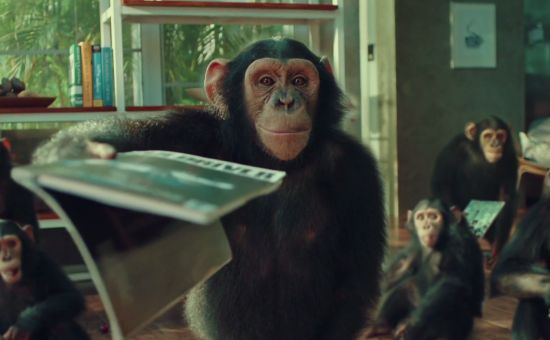 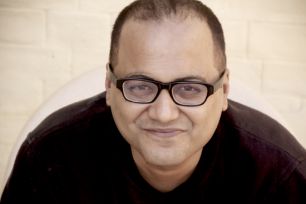 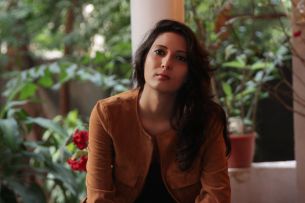 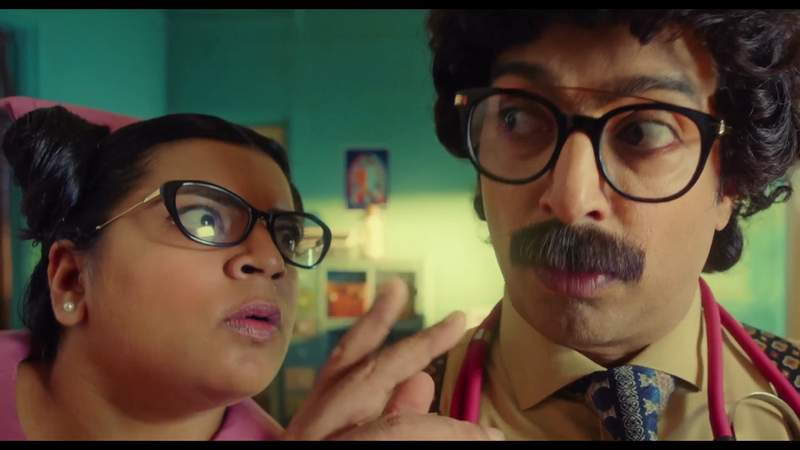 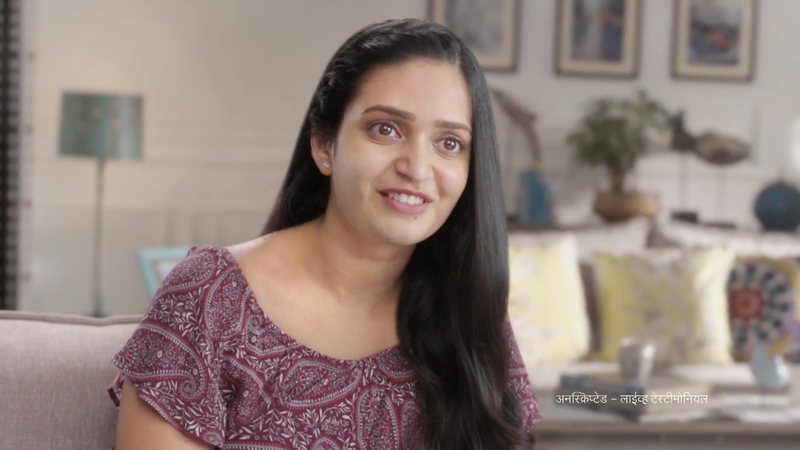 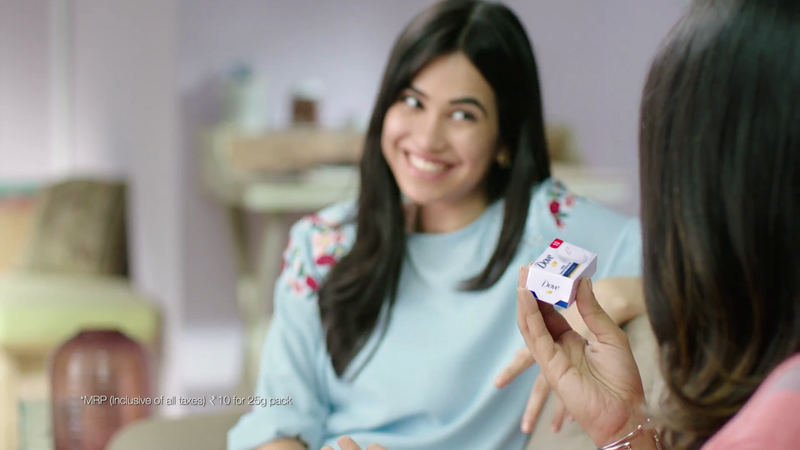 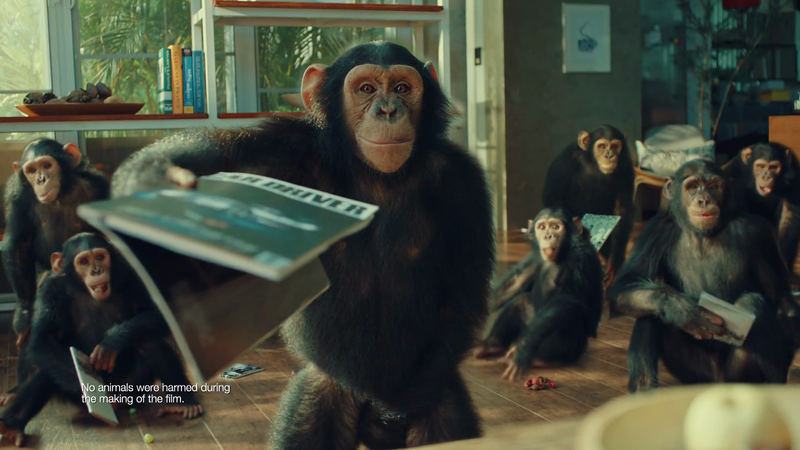