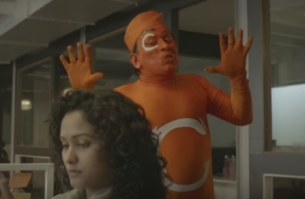 Citrus Wallet has rolled out its first digital multimedia campaign with four films that support its latest brand campaign ‘The Citrus Cash Back Week’.  The campaign has been conceptualised by Charles Victor, NCD of LK Saatchi & Saatchi and went on-air on January 4th to kick-start 2016. The festival is not just about discounts and cash-backs, but also about the experience the consumers have - a simple, straight forward, rewarding and smooth payment experience.

The films open with ‘The Orange man’ trying to get into the wallet of young online shoppers to give them their cash back. The four films, each with a consistent narrative, explore four instances where Citrus Wallets offer up to 80% cash back.

The campaign is well supported by the brand’s efforts on social media urging users to spot this ‘mysterious orange man’ in various popular spots in the city. Citrus Pay has also roped in 30 merchant platforms for this Citrus Cash Back Festival.

Jitendra Gupta, Founder & MD, Citrus Pay shares his thoughts: “Before the new year blues set in, we decided to give our users something to cheer about. The Orange Man or The C-Man, as he's popularly called, captures that energy and the ease of getting cash back into Citrus Wallet no matter where and when you shop -- be it online or offline, too. The 4 digital films crafted by Lk Saatchi & Saatchi portray that association with ease and showcase over 30 different tie-ups with our merchants across multiple categories.”

Charles Victor, NCD says, “The brief really was simple – during the promotion, Citrus Wallet users get money back in their wallets when they spend on partner brands. The team created this character who at first seems like he’s out to pinch your wallet, but he actually does quite the opposite. We had a wonderful client who backed the team and in the end, everyone had a lot of fun doing this! What else do you expect when you have someone in spandex!”