Having worked on Lizzo’s signature imagery, music videos and tour, Quinn is taking a step into the commercial and branded content world 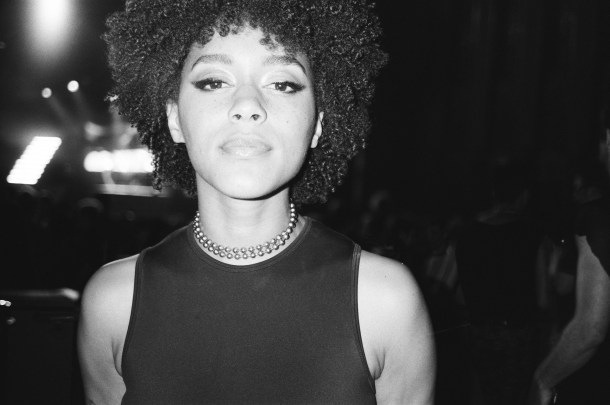 Quinn Wilson, a provocative filmmaker/creative director adept at shaping visual identities across the realms of music, performance and film - notably with singer/rap sensation Lizzo - has signed with Good Company.

Based in New York and LA, Good Company is a full-service creative studio with a roster of diverse talents. Their multidisciplinary production and post expertise has them at the forefront of commercials, music videos, world tours, and experiential activations.

Says managing director/co-founder Ryan Heiferman: “What Quinn has done with Lizzo is nothing short of amazing — the performances, the videos, and the overall aesthetic all sculpted under her artful eye. And Quinn has seamlessly transitioned into directing over the past couple years which makes her truly a great fit on our roster, as both a director and creative director”.
Quinn attended the Minneapolis College of Art & Design, where she thrived in a collaborative studio environment and developed a dramatic flair for makeup and design. A big break came when Quinn linked up with Lizzo as a makeup artist for the vocalist and her performers.
Immersed in the hustle surrounding the shows, she began tossing innovative ideas out to the team to enhance the Lizzo experience for fans. Without realising it, Quinn was acting as a creative director before she was hired as one.
This collaborative shorthand runs through the signature imagery Quinn and Lizzo have created, starting with Quinn designing Lizzo’s debut album cover, to creative directing Lizzo’s most recent tour. Quinn has a hand in every detail of the tour spectacle, proving her ability to conceptualise with a team of varied voices and skill sets and carry that vision through across mediums. Recently, Quinn helped take Lizzo’s message of body positivity to the 2019 MTV VMA stage, where the star performed her medley of hits in front of a giant inflatable twerking posterior.
Quinn took the leap to move behind the camera and recalls her a-ha moment. “My comfort zone was articulating my vision and hiring filmmakers whose technical ability I trusted. Learning all aspects of the craft has solidified a passion I’ve had within me since childhood. Directing has opened up another visual space for me to play in, and allowed me to take full ownership of my art.”
Quinn’s ability to translate the essence of the artist onscreen shines in Lizzo’s
videos for “Boys,” “Fitness,” “Truth Hurts,” and the much acclaimed “Juice” – a character-driven clip which hit the mark (with over 32 million views and counting) with its 80s-tinged references and sassy humor.
The success of these videos enabled Quinn to push forward into different areas of image-making. For Vogue Magazine, she captured a celebration of the LGBTQ+ identity spectrum with a series of striking portraits from the 2018 LA Pride Parade. In 2019, she made her foray into the commercial arena with promos for the Tyler Perry series The Haves and Have Nots on Oprah’s OWN Network.
Quinn was introduced to Good Company through her manager, Alli Maxwell, who has roots at Good Company, having produced and EP’d various projects for them over the years. As Quinn looks towards the future with the team, she explains: “Good Company are good people with good taste. Their support and expertise is exactly what I’ve been seeking as I push forward into the world of commercial and branded content and continue on in the music video space.”
“I’ve been lucky to jump around in professional roles within the creative world, but film feels the most at home for me,” Quinn added. “My heart is flying out of my body most when I’m making films. When I’m on set doing anything with moving images, I feel like I’m soaring through the air.”
view more - Hires, Wins & Business