Live the Training, Pressure and Struggles of Paris Saint-Germain’s U19 Players in ‘Le Jardin’ 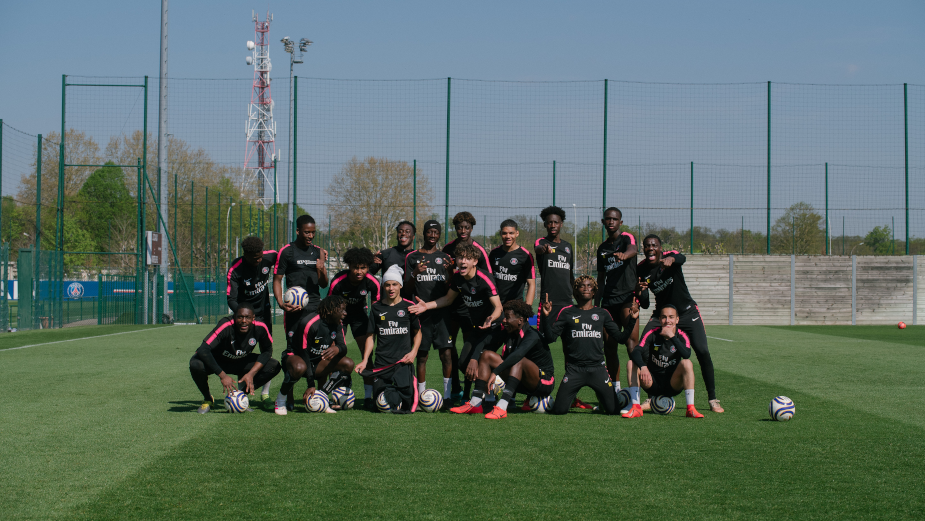 Before they step out on the field in front of thousands of cheering supporters, before the glory, before the excitement and emotion of that first League 1 match, comes the training. Weeks upon weeks of intense training alongside professionals. For many, the dream of playing in the best leagues in the world will remain just that – a dream. But a select few, driven by strength of character, talent, and endurance, will make it. That’s the story in LE JARDIN, a new mini-documentary produced by French media group Yard and its partner studio Miles, the story of the extraordinary training of Paris Saint Germain’s Under 19 team.

The film focuses on the U19’s 2018-2019 season at PSG’s training centre, Le Jardin, and is the 4th in a series produced by Yard and Miles, which highlights the phenomenal culture of the sport. The first instalment, CONCRETE FOOTBALL, which aired on Netflix in 170 countries, centred on the underlying fervour of street soccer around the world. This was followed by OUSMANE, a half-hour biography that examined the life and passion that drove FC Barcelona forward Ousmane Dembélé rise to fame. And earlier this year, Yard and Miles gave us FOOTEUSES, a dedication to the girls and women who are as talented as their male counterparts, but who have to work extra hard to achieve the recognition they deserve.

*Subtitles in English are available through closed captioning.

LE JARDIN takes us into the unique psyche of PSG’s U19 players, who share their struggles as they transition from teenagers to men, hoping to achieve the seemingly impossible goal of playing in the big leagues. It examines the unique relationships they develop with the training centres staff, like coach Thiago Motta, PSG’s captain at the time, and academic advisor Virginie Megnien, who acts as a second mother for the players, many away from their families for the first time. And it brings to light the fraternal ties that develop between these athletes in an ultra-competitive environment, as they face the relentless pressure that accompanies the thousands of hours of sacrifice that separate dreams from reality.

Yard and Miles wish to thank Paris Saint-Germain for the generous access given, and Nike, for their support.
Yard is a media and creative agency specialised in Youth culture and sport, based in Paris and acting globally for clients such as Nike, Havana Club, Instagram, Beats by Dre, and others.
view more - Creative