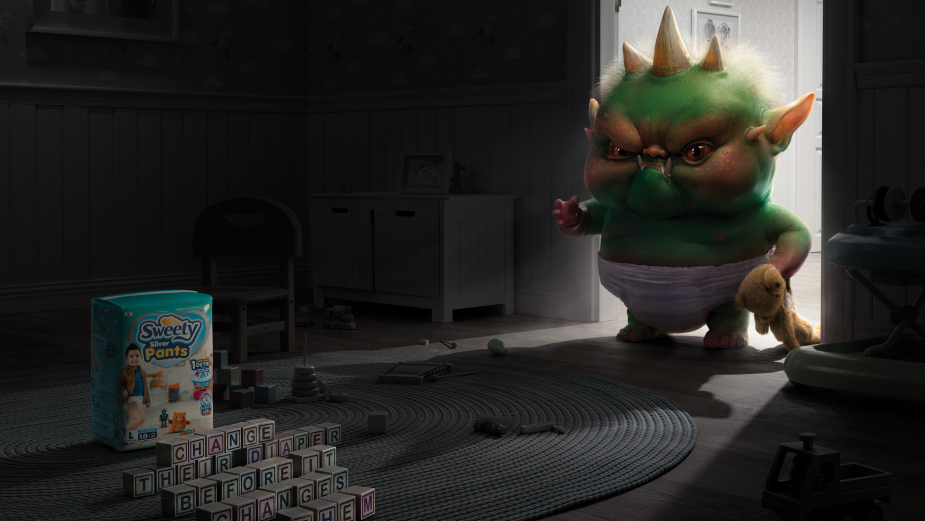 BBDO Indonesia and BBDO Guerrero have joined forces with Sweety on a campaign for Sweety Silver Pants. Inspired by Indonesian myths, the campaign illustrates how parents need to change their baby’s diaper regularly if they want to prevent monster tantrums.

There are still many parents in Indonesia who believe in myths and superstitions. And there is a belief that if your baby cries continuously, a monster might be trying to steal it away. But more likely, the crying is caused by a full diaper.  Based on research conducted by Sweety, 80% of diaper rash is from prolonged exposure to moist diapers, resulting in skin problems such as irritation, infection, itching and redness.

Inspired by local myths, Sweety worked with BBDO Indonesia and BBDO Guerrero, with the counsel of BBDO Asia Creative Council, to launch a print advertising series that explains how not changing a diaper on time can transform even the cutest baby into a grouchy little monster.  Each monster baby is patterned after a creature from Indonesian folklore: The Leyak, the Genderuwo, and the Buto Ijo. 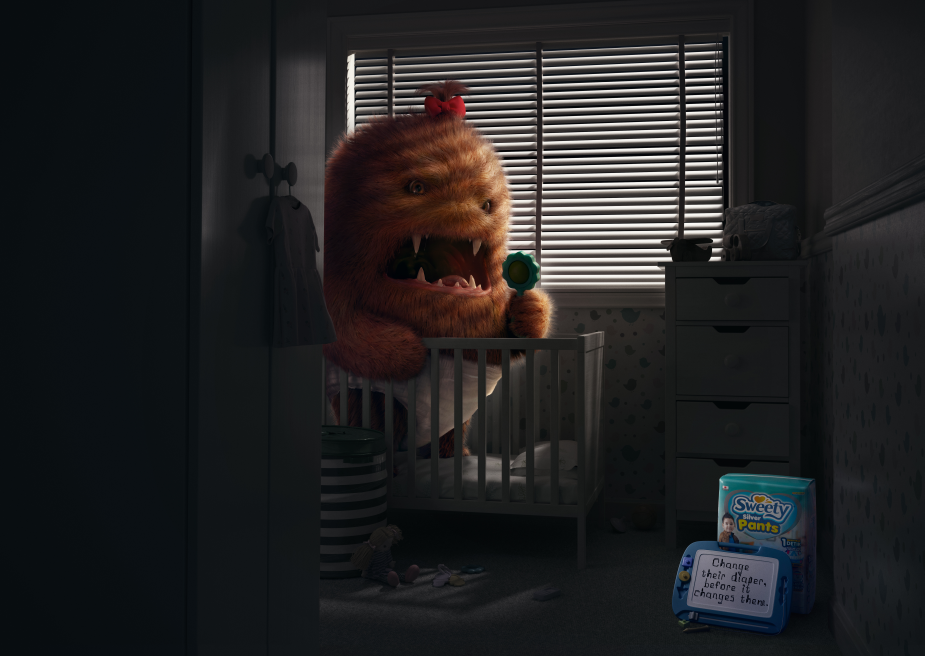 When asked about the print campaign, Wenny Damayanti - head of marketing Baby Care, Kimberly-Clark Softex said: "Many Indonesian parents believe their babies are crying because they're being disturbed by a mystical creature, despite the fact that the baby is crying nonstop due to a full diaper. We also understand that a full diaper can cause skin issues to the baby, such as rashes, irritation, infection, and itching, which makes them uncomfortable. Therefore, Sweety in collaboration with BBDO Indonesia launched an innovative campaign in the form of a print advertisement that illustrates how changing a diaper late, can turn your little one into a "haunting" figure for parents, therefore it is better to check your baby’s diaper condition regularly.” 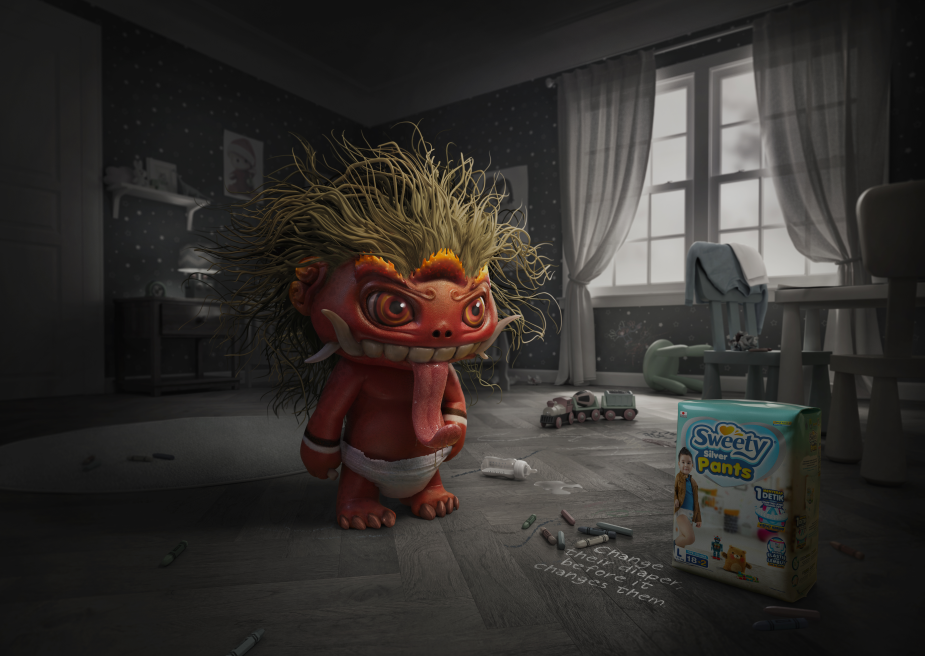 The visual for this campaign initiative is strengthened by the copy “Ganti Sebelum Menghantui” which translates to “Change their diaper before it changes them.”  This emphasizes the importance of using a quality diaper, checking the diaper routinely, and immediately changing it without waiting for the diaper to be full.

BBDO Guerrero’s Emman Carandang and Jamie Que added: “Indonesia has such a rich and colorful oral tradition. We wanted this campaign to bring them to life in a modern way, telling the story of what haunts parents right now.  The crafting of this series was very important so that we could capture the nuances and details that bridge an ancient, mythical world with the modern one.”

BBDO Greater China developed a radio campaign with the same goal, to encourage parents to check their baby’s diapers regularly. The radio spots create anticipation, mimicking the arrival of something extraordinary, like man landing on the moon and a royal entrance.  However, at the end of the build-up, comes a twist: the only thing arriving is a baby’s poop. The messaging is clear, they won’t make an announcement, so check your baby’s diaper frequently to avoid diaper rash.

When asked about the messaging and different mediums of the campaign, Wenny continued: “There is also a radio campaign that accomplished the same purpose. The radio campaign also contains the message that babies do not reveal when they poop, so check your baby's diaper regularly to prevent diaper rash on their skin. The campaign also aims to educate parents on how to prevent diaper rash by using high-quality diapers, such as Sweety Silver Pants.”

Syeda Ayesha Ikram, ECD BBDO Indonesia also added: “Indonesia has many myths and folklores. In a culture this rich in stories, what better way than to pick a crucial consumer issue, blend it with a mythological twist and present it in a tangible form to the local audiences as a head-turner? Another genre close to Indonesians is comedy. When combined with an unexpected turn in storytelling, it conveys a serious message in a lighthearted manner, drawing applause from consumers. These formed the basis of the Sweety print and radio campaigns”. She continued when asked about the BBDO collaboration, “apart from the insights, the cherry on top is the brilliant collaboration between BBDO Guerrero, BBDO Indonesia, and BBDO Shanghai in bringing the ideas to life.”