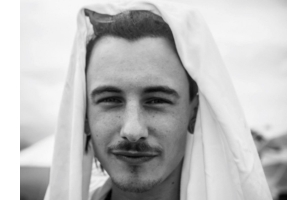 Slain is a tireless creator who spent his childhood tinkering with cameras and obsessively editing footage. He received early recognition at age 19 for his debut film, The Lost & Found Shop, a vivid and dreamy short that won Best Short Film at NFFTY. His next short, a stylized and cinematic portrait of a terminally ill man titled It Ain’t Over, premiered at SXSW 2012 and won Audience Awards at the Santa Cruz and Heartland film festivals.

By establishing a reputation for perfectionism and a nuanced style with his short films, Slain quickly attracted the attention of major brands including Nike, Ford, Riot Games, Johnsonville, to name a few. Most notably, Microsoft brass came to him at the ripe age of 22 to direct their “Surface” launch spot, where his highly textured and modern style garnered media attention in publications such as Business Insider and The Huffington Post. Soon after, Slain won Volvo’s 2012 international brand contest with his short film Designed Around You, adding them to his impressive client list.

Slain is as comfortable in the edit suite as he is behind the camera. His 2014 supercut of Philip Seymour Hoffman’s career, P.S. Hoffman, stands as a stunning tribute and was celebrated by Time, NPR, and USA Today.

“It’s rare and exciting to find such a young, fresh talent,” comments Little Minx President Rhea Scott. “Caleb has both natural ability and a ferocious work ethic: he puts in countless hours and is not afraid to experiment. We’re excited to see what he has in store while with us at Little Minx.”