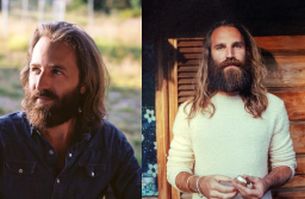 Little Minx has announced the addition of directing duo The Salto Brothers to its roster of accomplished filmmakers for the US market.  Brothers Jesse and Louie Salto have been directing together for 14 years, having started working together in their teens.

The Salto Brothers joins Little Minx after having directed numerous spots worldwide.  With childhoods spent in the U.S., U.K. and France, their work evolved with a global polish and they have shot extensively all over the world.  Their reputation has been built on their stunning cinematography and seamless interweaving of live action with VFX. Their impressive resume of car commercials includes Audi, Mazda, Chevy, Toyota, Citroen, and Nissan with whom they are currently shooting their 9th project. Their love also lies in visual storytelling with pieces such as The Island, a fresh and vibrant take on lifestyle. With their mastery of commanding both sensual and adventurous stories flawlessly, the sky really is the limit for this duo.

“Above anything, what's important to me when I review a director is my emotional response to their work,” says Little Minx Founder Rhea Scott. “Then it is my connection to them as people. With Jesse and Louie, I knew that we needed to work together and I fought hard to make sure that we did.”

What sets the Salto Brothers apart is how hands on they stay throughout the filmmaking process, through editing, VFX and colouring.  They can also divide and conquer into separate units that allows for them to cover more ground on set.  Both of them can also add the invaluable stills component to the overall package.

“I feel we found a new home in Little Minx and more than just a producer in Rhea (Scott),” says Jesse Salto. “We’re really excited to get down to work with the team and the reps.”

“We’re stoked to start this new chapter in our career, together with Little Minx and Rhea Scott - taking it to the next level as we explore a variety of formats in advertising, music and fiction,” says Louie Salto.