Trends and Insight 82 Add to collection 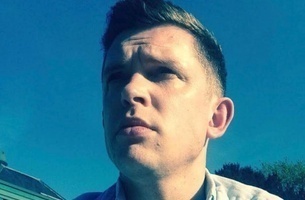 Canadian artist Kiesza is back with her brand new track “Mother”, in collaboration with New York based producer Chris Malinchak. The track is a new sound for both artists; smooth, reggae-infused, deeply spiritual and with a mysterious atmosphere.

Kiesza delivers a beautifully eerie vocal performance that’s perfectly woven into the crisp and effervescent production, adding to the overall delicate yet sensual feel of the track.

Kiesza whose career-defining multi-platinum track “Hideaway” netted over 500 million global streams and DJ/Producer/Songwriter Chris Malinchak whose 2013 hit song “So Good To Me” quickly became the most Shazamed record in the UK and the most played record on BBC Radio 1.

Swedish singer Lykke Li is back with a new cover of Jim Croce’s classic “Time in a Bottle.” Four years since her 2014 single “I Never Learn”, Lykke Li has most recently been focusing her energy on her Swede-pop supergroup LIV. But she’s gone solo again to drop off this faintly psychedelic cover. Croce's original was written when his wife told him she was pregnant and was first released on his 1972 album You Don't Mess Around with Jim. It wasn't initially scheduled to be a single, but when Croce died in a plane crash in 1973 its lyrics about mortality took on new meaning and it became a number one hit.

Scottish trio Chvrches have dropped their first new single in two years since releasing “Every Open Eye” in 2015. The track titled “Get Out”, comes full of catchy rhythms and hooks fans have come to appreciate from Lauren Mayberry and the boys. There’s a new buzzing anxiety in the synths, however, something that undoubtedly comes from the Scottish band’s work with Greg Kurstin, who was recently crowned the Grammy winner for Producer of the Year. I’m really looking forward to hearing more of their new material.

You can enjoy my full playlist here: