The call for entries has now opened 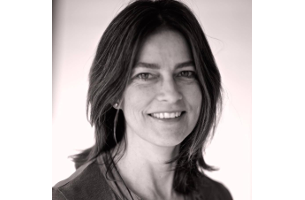 Matt Miller, President and CEO of the Association of Independent Commercial Producers (AICP) announced today that Lisa Mehling, Owner/Executive Producer of Chelsea, will serve as Chairperson of the 2017 AICP Show: The Art & Technique of the American Commercial. The AICP Show is one of the tent-pole events of AICP Week, which also includes the debut of the AICP Next Awards, as well as various creative and educational sessions at the AICP Week Base Camp. AICP Week will take place in New York from June 5, 2017 to June 7, 2017.  Entries are now being accepted at: http://www.awardcore.com/aicp/login.php.

“After years of participating in the AICP Show as a judge, Curator, and Show Committee Member, I am honored to be chairing the Show in 2017,” noted Mehling. “Since it began in 1992, the AICP Show has been the industry standard for honoring craft and creativity, as well as being an archive of such amazing and groundbreaking advertising content.”

“Lisa’s love of advertising, instincts for representing talent, and role as a well-respected member of the community makes her an obvious choice to Chair the 2017 AICP Show” said Miller. “Under Lisa’s leadership, Chelsea has won numerous accolades, including a number of high profile pieces that are in the AICP Awards archive.” Among those ads are the blockbuster “#LikeAGirl” for Always and Chrysler’s “Halftime in America.”

Mehling is an Emmy Award-winning producer who partnered with Allison Amon to acquire Chelsea in 2001. Together, they have cultivated a unique and diverse culture of producers and filmmakers who have become leaders across broadcast, digital, film, branded entertainment and print.  Chelsea’s list of celebrated work includes the paradigm shifting campaigns for Always #LikeAGirl directed by Lauren Greenfield for Leo Burnett, which in addition to being honored in the AICP Show and the AICP Next Awards, has amassed 200+ million views, 4 billion impressions, over 200 awards and the Emmy for Outstanding Commercial. Other notable credits include: “Listen,” for the NFL directed by Nadav Kander; “Halftime in America,” featuring Clint Eastwood, directed by David Gordon Green for Wieden & Kennedy, Audi “The Heist,” for McKinney & Silver and ESPN Sega “Beta-7,” for Wieden + Kennedy, both directed by Haxan.

The Call for Entries to the AICP Show is now open at http://www.awardcore.com/aicp/login.php. The deadline to enter work is March 3, 2017; eligibility dates are: February 29, 2016-February 26, 2017. There is no limit to running time, and work may have aired on any screen.

As Show Chair, Mehling oversees the AICP Show Committee, which is responsible for promoting and marketing the AICP Show, and facilitating the judging process and selection of judges.  She will also spearhead the selection of companies providing editorial, graphics and music to the AICP Show reel.  Mehling additionally serves on the AICP Show’s Board of Governors, which is the final arbiter of the AICP Show, charged with ensuring the quality of the Show and adherence to its rules.  The AICP Next Awards Judging Chair, Jury Presidents, and Judges will be announced shortly.

AICP Week, which launched in 2013, is anchored by the premieres of the AICP Show and the AICP Next Awards, as well as educational seminars and events highlighting creativity and marketing. These sessions are held at the Helen Mills Theater, the AICP Week Base Camp venue in New York’s Chelsea neighborhood.

The AICP Show, established in 1992, is the most important advertising showcase in the U.S. Each year, the best advertising appearing in the moving image is honored and made part of the archive of the Department of Film at MoMA.  The AICP Next Awards, launched in 2007, highlights the winners of the Next categories, which honor innovative marketing communications. The AICP Next Awards are also archived at MoMA. The AICP Next Awards will debut on June 6th at the Tisch Auditorium at The New School, and the AICP Show premieres during a screening and gala at The Museum of Modern Art in New York on June 7th.