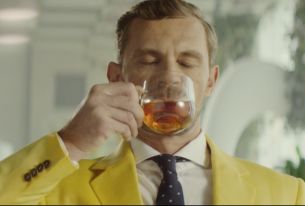 Lipton’s ‘Re-invent Your Machine’ campaign launches in France this week with a brand new TV commercial. Creative Agency, Rothco, acted as Unilever’s European Strategic Partner for the campaign. On the back of the success of this partnership, after pitching against a number of European agencies, the agency were subsequently appointed strategic partners of many of Unilever’s European tea brands.

“We started to work with Rothco quite early in the process.” Comments Cathal Deavy, European Marketing Director at Lipton. “With their help and direction, we created a concept and communication that not only fits with the brand but creates excitement and talkability at many levels, through multiple channels.”

Having been involved from the beginning of the process, Rothco had a role in many aspects of the development including concept creation and brand fit, as well as consumer journey and even recipe development.

Managing Director at Rothco, Richard Carr comments: “We were briefed to launch the tea capsules for Lipton straight after our success at pitch. We were excited by the prospect of this project and how much involvement we’d have. The capsules are a true game changer; Lipton are the first large brand to launch this type of product line in Europe and extend the boundaries of what a coffee machine can do.”

The Lipton capsules unlock a whole new world for coffee machine owners giving them a chance to enjoy a wider range of beverages at the touch of a button. The capsules come in a variety of flavours from black tea to herbal infusions.

Shot in Kiev by Chris Balmond of H2 Films, The TVC sees a stylish Lipton Lab testing every machine in the house to enhance the tea drinking experience. It’s not until they add their new capsules to a coffee machine that they create tea perfection.

In addition to the TV campaign, there will be a large online presence urging consumers to try or buy the product and even encouraging gifting between friends who have Nespresso machines.

The campaign launched in France in November 2015 and will extend throughout various European markets during 2016.