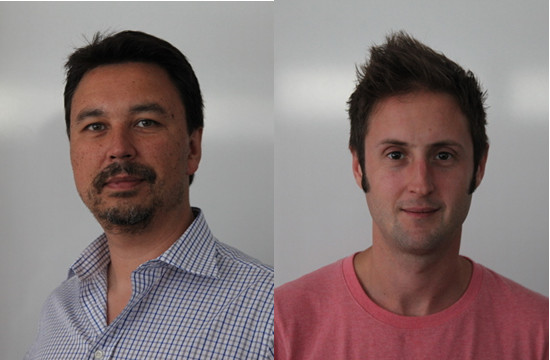 George joins LipSync from Double Negative where he has worked on feature film projects including Thor: The Dark World. During his career he has worked at the world's leading visual effects facilities including Industrial Light and Magic and Weta Digital, and his credits include the Dark Knight series, The Hobbit, Moulin Rouge, I, Robot, Children of Men, Inception and Pacific Rim. George was the recipient of the 2010 Visual Effects Society's accolade of 'Best Compositing in a Motion Picture' for his work on Inception.

Paul joins LipSync Post from Cinesite where he worked on 300: Rise of an Empire and Jack Ryan. Prior to this he spent three years at Double Negative, where he was the sole Visual Effects Line Producer on Skyfall and took a similar role on John Carter of Mars. Paul also worked for five years at MPC on titles including The Chronicles of Narnia: Prince Caspian and Sweeney Todd.

Sal Umerji, Head of VFX, LipSync Post, said, “We’re delighted to welcome George and Paul to LipSync Post.  George has worked on some of the most challenging VFX sequences seen in recent years, and our team will learn much from his experience. Paul also brings with him extensive hands-on VFX experience and a clear passion for British film making. Their expertise and enthusiasm for the medium will bring further strength to our talented team as we win ever more complex work.”