Agency creates series of films for 'Thank You Creativity’ campaign 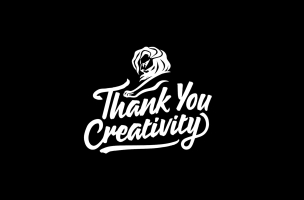 Global brand experience agency Jack Morton Worldwide has been appointed by Lions Festivals, organisers of the Cannes Lions International Festival of Creativity, to create three films, which form part of Lions Festivals’ ‘Thank You Creativity’ campaign, launched this week.  The first of the three-part film series has been released, and will be followed by two more in the lead up to the festival, which takes place on 18th-25th June this year.

The ‘Thank You Creativity’ campaign is intended as a love letter to imagination and craft, and a reminder of their purpose and power.  The integrated campaign also features multiple print executions, podcasts and a dedicated microsite.

The first film within the campaign explores the creative journey, tracing the influences and sources of inspiration that put people on a creative path, and reminding us to keep following it.

“We make the case for creativity because we know that it is a force for business, for change and for good. But we can do more,” says Lions Festivals CEO, Philip Thomas. “It’s our mission not just to champion creativity, but to remind people of its magic and join us in being grateful for the difference it makes.”

Adam Norris, SVP, Senior Creative Director, Jack Morton in London said: “It is an honour and a pleasure to get involved with Cannes Lions again this year. And it’s a particular privilege to be in a position to make films about creativity for a creative audience. We are excited to tap into a nostalgic checklist of those moments in time that all creative people can relate to – those moments that make up the journey towards self-defining.”