Pattison will be succeeded in the UK CEO role by Nick Baughan, currently the MD 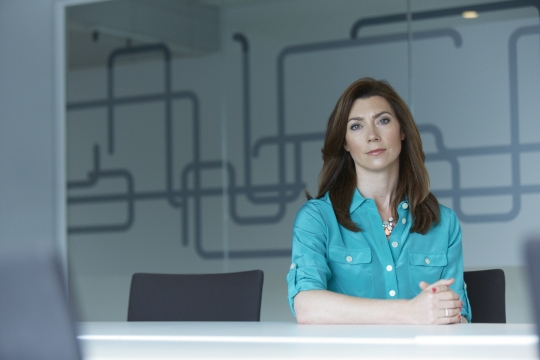 GroupM today announced the appointment of Lindsay Pattison as Global CEO of Maxus.

The announcement was made by GroupM’s Global President Dominic Proctor. Pattison has been successfully leading Maxus in the UK for five years, taking it in that time from a ranking of 14 to a number 7 position, and from 30 people to now over 250. She has also held the global Chief Strategy Officer role for the last two years, overseeing product, planning, marketing, new business and effectiveness. Pattison will co-locate between London and New York and will report to Proctor; she replaces Vikram Sakhuja, who will remain in the group.

Under Sakhuja Maxus was the fastest growing agency in the world. It expanded its network footprint and added major new accounts such as NBC Universal and L’Oreal.

“Lindsay has a proven reputation as a leader and is held with enormous regard both internally and by her clients,” said Proctor. “She exemplifies the spirit and ambition of the Maxus culture and we are confident she will take the network into the next stage of growth.”

Pattison said, “I am thrilled to step up into this role. I love the energy of Maxus and I relish opportunity that comes from our unique and fortunate position as the challenger brand within GroupM. At Maxus we have a mantra to lean into change. In fact it’s really to lead change for our clients, navigating the complexity and embracing the possibilities offered in a digitalised, mobile, always-on media landscape. It’s an incredibly exciting time to lead a media agency.”

Baughan joined Maxus in March 2012, having worked at Mindshare for two years as its head of business development. Baughan said “Over the last five years Lindsay has led our team brilliantly in the creation of an agency that has become a major force in the industry. I'm hugely proud to have been part of that success and even prouder to have the opportunity to lead our incredible team into the next chapter”.