Pai will be represented exclusively for the North American market 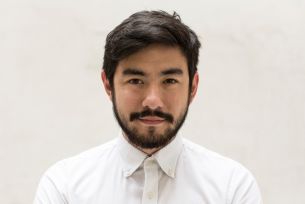 Creative video agency and commercial production company LightHouse Films has added director Antoine Pai, who will be represented exclusively for the North American market. Based in Paris, Pai will bring his blend of modern style and technical skills to craft both film and digital projects for LightHouse Films, rounding out its multifaceted roster of directorial talent.

“We’re thrilled to have Antoine joining our roster as it reinforces our expansion as a leading full-service production company and shows that talented and emerging directors alike trust the work we do,” says Thibaut Estellon, Owner/Executive Producer of LightHouse Films. “Antoine possesses an amazing sense of composition and is a master when it comes to carefully crafted and elegant camera tricks.”

The creative chameleon Pai will bring his unique multi-cultural directing and language skills (in addition to English and French, he also speaks Chinese and Spanish) to the team. As a director, he first gained notice with his short film “Paris Through Pentax,” which hit the web with more than 600,000 views in its first few days.

After graduating from business school, Pai began to work with agencies in Paris, where he landed a commercial directing job for Lancôme. From there, his career took off, leading to projects for major brands, such as Nestle, Lacoste, Maison Martin Margiela and Armani.

“What really struck me was the fact that LightHouse Films represents directors with distinct styles, and works with a diversity of clients,” says Pai, “I’m an active, hands-on director, and LightHouse offers me the support, resources and opportunities to continue working this way.”

Since joining LightHouse Films, he has already directed a digital campaign for Stella Artois for ad agency 360i, and is about to embark on two high-profile luxury brand projects, including a shoot for Givenchy and a campaign for Lancôme, starring Lily Collins.

“I’m never content with slowing down, and I’m happy to be represented by a company that encourages me to take new creative risks,” concludes Pai. “For me, it’s not about having just one directing style, it’s about telling stories in beautiful form that take audiences on a visual journey, even for 30 seconds.”