Light and Emotion: The Influences of Colour in Advertising 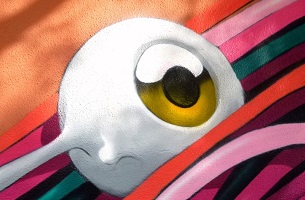 For decades artists and scientists alike have been fascinated by colour and the way we perceive it. The finer details of our cognition are still something of a mystery. What we see and perceive could be entirely different, person to person. There is some evidence to suggest that what we see is conditioned by our environment and what we are exposed to. So, in the world of advertising production, how does that affect grading, in and out of the suite?

This is in an industry where aesthetics and creative expression are king. Colourists manipulate light and colour in film to influence the way we perceive visual stimuli. But how do the world’s top colourists see and how are they so adept at making us see it too?

My journey started when I sat down for a chat with Time Based Arts, Head of Colour, Simone Grattarola. After explaining the inspiration behind his latest long form projects, BBC’s ‘Peaky Blinders’ and ‘War & Peace’, I asked what might have influenced his style in general. As a part-time artist myself and self-confessed colour-nerd, the exposure to colour in different media from paint, to glass had led me to a preferred palette of colours and an array of inspirations. I wanted to know if there were similar influences in grading.

Discussing his experience against other colourists Simone told me: “People have a lot of different backgrounds and approaches – I started in quality assessment of feature films for a video duplication company. That was my diet, three years of watching films, analysing them for my job. That was really interesting. That is my specific background. I like photography, painting and literature and draw on them as reference but my passion is film. But I’ve met other graders who are into fashion or art or photography. Everyone has a slightly different approach and that is fascinating. There’s no right or wrong when it comes to that!”

As I spoke with more graders, the sheer variety of experiences, backgrounds and approaches became more apparent. The link, of course, was light. Every colourist placed real importance on the distinction of light and colour in grading.

Justin McDonald, colourist at Cutting Edge Australia aptly defines colour as “the brain's perception of varying wavelengths of visible light”. He continues, “whilst I think we all see colour in a similar way, our experiences and environment shape the subtleties and differences in what we see. I’ve lived and worked in areas that, for the most part, have quite hard natural light and primary saturated landscapes; worlds apart from someone living close to one of the poles, so it would be naive to think we see the world in the same light.”

Before colouring, Justin was a keen musician and found his way into grading after experiencing a TK suite. He may have been tapping into a different sensory world, but grading and audio engineering were surprisingly similar. “Both are extremely subjective, provide instant gratification to your inputs and more importantly can be affected by your mood and emotion”.

As a traveller, Paul Harrison, Head of Colour at Finish, London, highlighted the inspiration and effect of light across the world: “When I’m not grading I like to travel with my camera. To hike up mountains, visit different countries and cities or Scuba dive and take shots of the underwater world.  It’s interesting to see how each country’s light has its own quality; some very hard like South Africa - rendering everything in sharp relief, the beautiful golden light of California, to our own softer light in the UK, which is generally gentler on the eye. When you have a camera, sitting on the top of a mountain watching the sunrise, or sitting on a ledge 35 metres underwater waiting for a Shark to materialise, one becomes very aware of what the light is doing!”

Natural light and environment become a recurring theme. Gregory Reese, Colourist at The Mill Los Angeles draws on the unique lighting conditions in the City of Angels: “I find natural light inspiring, especially here in Los Angeles. There’s so much variability - you can see the same place at the same time, two days back-to-back, and it’ll appear completely different. It’s not how things look, but how I remember them looking, that influences my grades”

Hailing from the other side of the globe to LA, Senior Colourist at Smoke & Mirrors, Mark Horrobin, also discusses the effect of natural light in his environment. “I grew up in outback Australia with those vast unforgiving landscapes and wonderful southern light.  Early Australian painters like John Glover captured this beautifully. You could say that had an early (certainly subconscious) impact on my sensibilities.  I love grading epic landscapes, panoramas, and mountains and most enjoy working on well exposed available light.”

When it came to visual inspiration, photography was a big influence. Colourist, director and co-owner of Raised By Wolves in London, Tareq Kubaisi had been colouring photographs by hand as a hobby from a young age. Discussing how this influences his grade he adds: “I grade like I use the dark room. I think in terms of dodging and burning. I really go by feel and look rather than layers and keys and I always reference photographers for inspiration. I think in terms of texture a lot - soft colours, hard colours, sharp tones - soft greys, hard blacks, greasy blacks, soft whites, hard whites. Maybe everyone else does this too. I don’t know!”

Amongst Tareq Kubaisi's most stylish pieces of work are grades for promos directed by W.I.Z.

Luke Morrison, Head of Colour, Mill Chicago expands on his photographic influences: “Photography is a big influence for me but more so is the feeling you get from an image; trying to recreate how you feel, what you see in the world or create a new unusual feeling from an image that you can’t see in the natural world. Music is key for me when I’m working.”

Just as there is a diversity of influence and experience for each colour artist, there are also differences of opinion when it comes to presenting work of a subjective nature to other people. However there is a unifying method of approach when it comes dealing with sharing their art with the client.

Colourist at Cutting Edge, Australia, Dwaine Hyde, speaks from experience: “Everyone’s colour perception is different. Quite often you need to sell in your vision to a client and then get him or her to trust your experience. Sometimes you just need to find a middle ground. Of course, this can cause challenges in the suite. I can remember one occasion (when I was younger) being offended by what I considered a colour blind client. Luckily, experience has taught me that nobody’s perception of colour is incorrect and that you just need to become good at interpreting what other people are seeing by translating the words coming out of their mouth (often multiple peoples’ mouths!).”

With an early background in European fine art painting, new Head of Creative Colour at Rushes, Simona Cristea, puts trust at the heart of her decisions: “As with any creative endeavour, there will be differences of opinion. Drawing out the vision of the filmmaker and mitigating those conversations in the suite is part of the job. Generally though, by the time the filmmakers are with you in the suite, they have a clear idea of the look they’d like to develop and they tend to relax and enjoy the dark room. Having said that, controversy sometimes has good results and I like a challenge!” 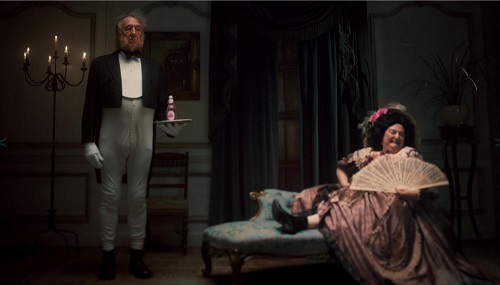 Thriving under the subjective nature of vision, Gregory Reese, Colourist at Mill Los Angeles prefers the challenge of collaborative working: “Everyone’s colour vision is different, a matter that comes up daily in the suite, but sometimes the hardest jobs are when you’re working alone and the grade can go in so many different directions. I prefer the collaborative side, working with others to explore the creative without overstepping my boundary as a colourist. I enjoy navigating those waters.”

Challenges in the suite can become trickier if you’re working globally, Mark Horrobin, points out: “It is always important that the visual direction has been more or less agreed before it gets to the grading stage.  These discussions are usually manageable and often solved with a “split the difference”.  If there are vastly different ideas on a more global scale, for example, one person wants colourful and bright and another wants de-saturated and moody, that’s much more challenging.”

With a background in fine art printing, Nick Metcalf, Colourist at the Mill New York also describes how story and emotion complement a grade internationally: “The end goal with any grade is having an impact on the story and being able to create something that’s engaging and emotive. If the story is told well this should resonate globally.”

Discussing how different people experience the grade, Colourist, Director and owner of Raised By Wolves, Tareq Kubaisi adds: “It’s fascinating what different people see and feel in a grade. It’s common that some people can’t tell the difference between the ungraded offline and the finished graded piece - until it’s pointed out.”

“There are no hard and fast rules” explains Duncan Russell, Senior Colourist at Finish. “You have to balance the needs of the client with your personal taste and where the photography will go. All Colourists need to observe and remember how things look, both in real life and in the art that influences them, then filter that through what the client is trying to achieve.”

Picking out a few specifics, he adds, “If there were rules, separation is the key to most good grades. Comparison is often the key to steering perception to a particular object and if you want something to feel dark, there should probably be something bright in the shot and vice versa. Always put a ginger person somewhere in shot. Always. Finally, try to avoid making a cloudy day look sunny with grading rather than lighting.”

Putting light and colour to the test

As a final guilty indulgence I couldn’t help but ask what the colourists saw when viewing the internet-famed black & blue / white & gold dress. If you haven’t seen it, it is a mind-busting photo that went viral on social media. People seemed to see the object in either one of two very opposite pairs of colours, with little explanation as to why. It is a classic example of the subjective nature of vision. Some part of me wondered what colourists would see, considering they should be attuned to fine subtleties in light and colour. It turns out they were all very different, however James Bamford, David ‘Luddy’ Ludlam and Oisin O’Driscoll, Colourists at Mill London confirmed my thoughts on the matter of colour constancy (and that of course the correct answer is blue and black!).

James comments: “I believe it’s called colour constancy. This is where the image has a cast of colour and then people’s minds change how the colour of objects are perceived, depending on which parts of the image your brain is taking reference for the environment.” Although Oisin O’driscoll perhaps made the most salient point about the mind-boggling dress photo: “It all comes down to lighting in the image but the most important thing about this dress is that it is just really ugly!”

The essence of David 'Luddy' Ludlam's style, Martini's 'Richest Man in The World' has a 'real edgy, gritty, true feeling.'

'Gritty, bleachy bypass' is a particularly stylised grade for Save the Children's 'Still the most shocking second a day', by Oisin O'Driscoll