Life is Such a Mission in New Palace Spot from MPC 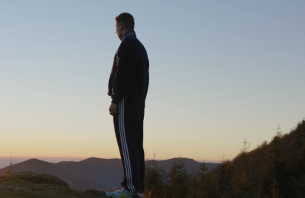 Opening with choral music and existential questions – ‘What are we?’ ‘Where are we going?’ ‘Will there be Wifi?’ – MPC Creative’s latest film delivers everything we’ve come to expect from Palace Skateboards’ unique and slightly wonky vision.  This spot promotes the new running range from Palace and adidas –and their very own version of the iconic EQT shoe.

Written and directed by Stuart Tanju, the film stars skate icon, Blondey McCoy, running through the sunbaked desert, on open roads, cliff tops and beaches, all the time wondering – why didn’t I just take the bus? The film juxtaposes visuals inspired by classic 80's running footwear ads, interspersed with Planet Earth-esque wildlife shots and super-sexy close-ups of the trainers on black backgrounds.

The EQT range launches at Palace Skateboards on the 16th December. Check out the new spot below:

PALACE EQT from PALACE on Vimeo.