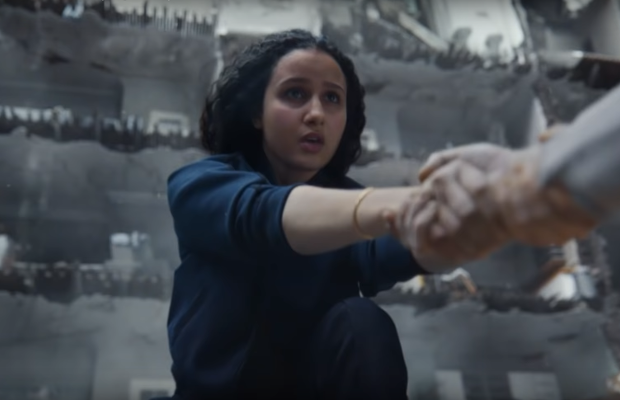 After celebrating its 85th anniversary by recalling the timeless elegance of Lacoste style with the Timeless campaign, the French brand reveals its new advertising campaign, Crocodile Inside.
Dreamed up by BETC and titled ‘Life is a Beautiful Sport’, this campaign which consists of a film and a series of outdoor visuals, emphasises the brand's fundamental values: tenacity, freedom of the mind and of movement, and creativity. The Lacoste elegance exceeds a purely stylistic dimension; it is a way of life: being elegant in every situation, even in adversity, is the challenge the brand has chosen to highlight.
The new brand film is central to the campaign. Like in the two previous Lacoste productions, the film features a couple. However this time the love story is less idealized and romanticised. On the contrary, the film takes its departure in a fight and we see a couple on the verge of tearing itself apart. Words that can’t be taken back are said and a metaphoric gap is created between the man and the woman. As their home and the entire building collapses and crumbles into pieces around them, they suddenly realize that they have gone too far, and they take a brave leap back towards each other. The scene is intensified by the spectacular stunts and décor, in a powerful illustration of their desperate fight to not give up on one another and their values.
L’Hymne à l’amour by Edith Piaf reinforces the incredible intensity and emotion of this film.
The talent of the two awarded actors Oulaya Amamra and Kevin Azaïs help bring a truly cinematic feeling, under the direction of MEGAFORCE, a young French directing collective that have gained international recognition for their ads and music videos (Madonna, Rihanna and many more).
With the Crocodile Inside campaign, Lacoste suggests a vision of elegance that is more dynamic and more real, put to the test of life and which resonates with our time more than ever.
To complete the film, Lacoste reveals a new visual style with three portraits shot by Oliver Hadlee Pearch. Three silhouettes, with committed and elegant stances, move against the wind to make progress despite difficulty. Brand ambassador Novak Djokovic embodies this message perfectly: after the most difficult sports period of his career following an injury that forced him to leave the courts for several months, he showed pure tenacity to get back to the number one in the world. Selah Marley and Leo Walk complete the triptych.
Deployed worldwide, the campaign can be viewed from May 19th on TV, digital media and posters.
view more - Creative