TBWA\London aims to prove the brand's authenticity, provenance and quality with latest spot 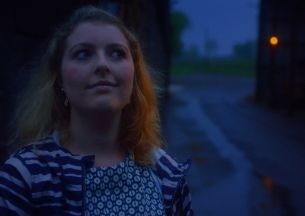 Lidl UK will tonight premiere its brand new ad campaign, created by TBWA\London, during the first break of Coronation Street. My Lidl community members have been given an exclusive glimpse of the advert this morning, ahead of it being broadcast to the general public.

For its latest activity, Lidl bravely approached real-life sceptics – discovered via social media and independent market research – offering them a job for a day at the farms of a selection of Lidl suppliers. The “anti-advocates” were then given the opportunity to see for themselves how Lidl’s products are produced, while their genuine experiences could be filmed for the ad.

Tonight’s ad transports viewers to a farm in Perthshire, Scotland, to meet beef farmer John, who has been supplying Lidl with high quality Scotch Beef since 2010.

Anti-advocate Sharna joins John in the fields on his daily cow count, so that she can see for herself how well they are looked after and challenge him with her concerns about where they come from. She is surprised, and happy, to learn that John’s entire herd is born and bred in Scotland making them 100% Scotch Beef.

The second ad in the series will go live tomorrow (Tuesday), taking Chris, another anti-advocate, to meet one of Lidl’s mussel farmers at a fishery on the Isle of Mull in Scotland.  Chris had questioned the provenance of its seafood, so Lidl took him out on the Scottish seas at dawn to show him exactly where and how his mussels are grown.

The fully integrated campaign will encompass TV, cinema, press, radio, digital and social. It follows the success of Lidl’s Easter and Christmas campaigns, also created by TBWA. Both delivered strong bottom-line results with the Easter campaign helping Lidl to retain its place as the fastest growing supermarket, increasing sales by 17.7% to capture 4.4% of the market*.

Claire Farrant, advertising and marketing director, Lidl UK, said: “Research has shown us that to surprise our customers we now need to be deep rooted and transparent on where our products come from, particularly around our fresh produce. We’re known for our low pricing and we’re aware that this can lead customers to question our quality credentials. Our new #LidlSurprises campaign is the perfect way to help realign perceptions and we hope will gain the public’s trust by answering their questions. And safe to say Sharna and Chris are now complete Lidl converts!”

Andrew Chisholm, Managing Partner at TBWA, said: “It was an exciting and potentially risky strategy to introduce a real-life sceptic to the real farmers, and to real Scottish weather, then just let the cameras roll. But ultimately we had faith in the surprising truth behind Lidl’s quality sourcing credentials and it was amazing to see our anti-advocates transform into advocates.”