Lidl Breaks into the Art World with Lowpriceism 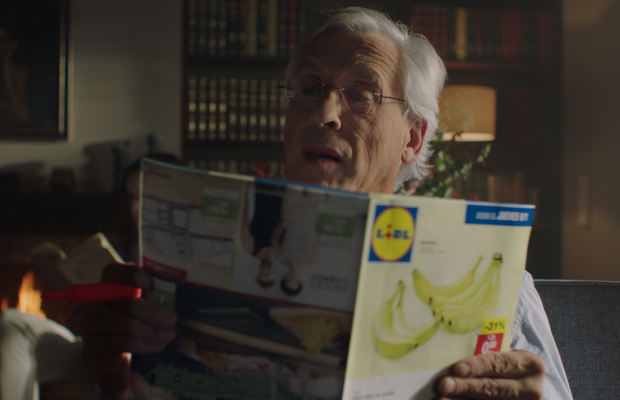 Lidl raises its low prices to the art world. After avant-garde, neoclassicism or impressionism, arrives Lowpriceism; The campaign from Tiempo BBDO launched with the supermarket giant after Christmas.

With people often pinching the pennies after Christmas, Lidl has branded January as 'hard January'. Lidl has decided to underline its price leadership and highlight its business model, unique in Spain, which allows them to be the cheapest supermarket offering the highest quality items.

In the words of Erica Martinez, account director of the agency: “We have been working on several projects with Lidl for a year, and that has made us understand their business in depth and develop campaigns that connect directly and easily with the values ​​of the company and its way of relating to its customers: friendly, close and multichannel. The immersion that the agency has experienced over the past few months was key when developing the previous 'Los Mandaos' campaign, and now, has been key with Lowpriceism.”

“The idea began to take shape right after a meeting with the Lidl team,” says Tomás Ferrándiz, executive creative director of Tiempo BBDO. "During the brief session, someone in marketing said: 'For us to get these prices at this incredible quality is almost an art ...' and we point that phrase out. During the campaign creation process, we thought it would be a good idea to make that idea a reality.”

Every self-respecting artistic movement always has its moment of glory in the BBC documentaries. So the creatives decided that this was, without a doubt, the best format to carry out the development of the campaign. An expert in emerging artistic movements, Dr. Cornelius Fitzgerald, is the conductor of a curious documentary full of winks and insights that relate low prices, quality of the products and experiences of Lidl's clients with the works of art that can be found on the walls of El Louvre or El Prado.

“From here, we began to think as we usually work in the agency: in a multidisciplinary and transversal way, creating the different formats and pieces natively, always thinking about the media in which they were going to appear,” says Julia Revuelta, campaign copywriter.

Lidl decided to go with a multichannel communication, with great focus on digital and with a language that connects with the consumer. This has allowed the development of a campaign that has a 2'35min centerpiece that can be found online, but also an infinity of formats that are appearing on television: from a 2-minute format to several pieces of 20", through minute and 45" versions. The 'Lowpriceism' movement is also flooding the network with formats designed ad-hoc, natively, for Social Media and display, as well as its graphic applications that range from out of home to weekly product brochures, to reach all customers.

Lidl's marketing manager, Antonio Alarcón, said: “With the Lowpriceism we wanted to strengthen our main hallmark: to offer the highest quality at the best price. It is a movement that, through an original and fun tone, elevates our essence to the artistic level and connects with our clients through everything that makes us unique.”