The agency will run retail marketing and aftersales for British car manufacturer. 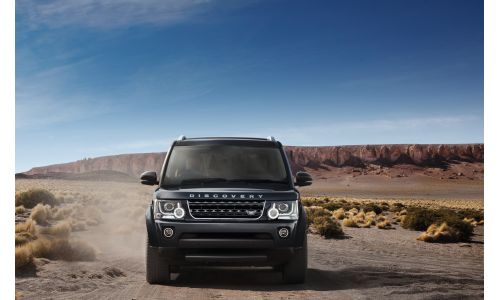 It is the second Land Rover win for LIDA in less than ten months, after the agency was appointed to develop a class-leading customer engagement programme in 2013. It comes at an exciting stage for Land Rover who announced earlier this month the upcoming launch of the new Discovery family of vehicles.

A key part of LIDA's remit will be to work on the launch of the first model, the Discovery Sport, and also support the entire dealership network of over 100 dealerships. The brief is to deliver a customer-first approach that breaks the mould of retail marketing.

Matthew Heath, LIDA Chairman & Chief Strategy Officer said: "We are absolutely delighted to be given the opportunity to work more broadly with Land Rover and feel this signifies a true desire to put the customer at the heart of their business. We look forward to joining the dots across the whole customer experience and working with such an industry leading and successful dealer network."

Following this and other significant business wins during 2013/14, LIDA has also restructured its creative department by promoting Mike Poole and Al Mackie to Creative Director roles. Poole and Mackie have won a number of DMA Gold Awards, a Campaign Big Award and an IPA Effectiveness Award, and they will act as creative leads on the Land Rover accounts, Comparethemarket.com and the integrated Virgin Holidays account, reporting to Nicky Bullard, LIDA’s Executive Creative Director.

LIDA’s first campaign for Land Rover, #Hibernot, created in conjunction with RKCR/Y&R, encouraged customers to embrace the British winter and enjoy it in all its glory on a series of trail drives across the UK.