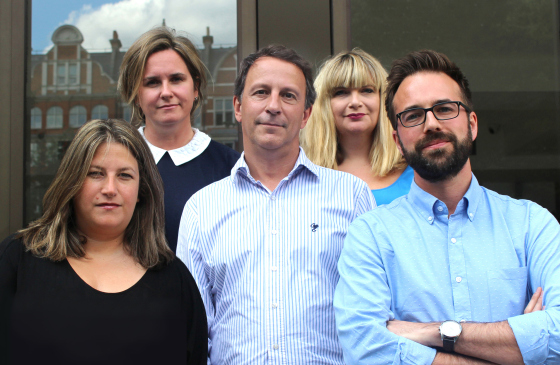 Direct and Digital agency LIDA continues to expand its offering with the promotion of former Managing Partner, Jonathan Goodman, to Managing Director. The move comes in a period of accelerated growth for the award-winning agency that recently launched its inaugural international office, LIDA Australia. Goodman has been instrumental in securing a number of new business wins for the agency including Virgin Holidays and Land Rover Retail. He was also responsible for a number of award-winning campaigns, including IKEA ‘Snap a Napper’.

Goodman, who will start his new position at the end of July, will report into Victoria Fox who was promoted to CEO at LIDA earlier this year. In his new role he will be responsible for the day- to-day management of the UK agency and will work closely with Fox to shape LIDA’s future growth plans in the UK.

Formerly Managing Partner at the Direct agency, Goodman led the Virgin Holidays account across the M&C Saatchi Group. He was instrumental in winning the integrated pitch for both LIDA and M&C Saatchi back in 2013.

Victoria Fox, CEO of LIDA, commented: “Jono has LIDA running through his veins. He has so much passion and energy and is constantly looking to drive the agency onwards and upwards — a perfect candidate to take on the Managing Director role. He has proved his immense worth during his four years at the agency and his promotion is well deserved. His energy and enthusiasm really exemplify the LIDA culture."

Goodman started his LIDA career four years ago where he joined the agency as Group Account Director (GAD). In this role he worked predominately on its IKEA account, helping to develop the IKEA Family loyalty programme.

He hails from an account handling background and prior to LIDA, Goodman worked at Kitcatt Nohr where, as Senior Account Manager, he worked on award-winning campaigns for the Department of Health and Friends Reunited. He also worked on its Logitech, Norwich Union Healthcare and LA Fitness accounts. Goodman soon found himself promoted to AD, where he headed-up acquisition and retention activity for Toyota and Lexus and the NSPCC.

Lisa Thomas, CEO M&C Saatchi and founder of LIDA, added: “Jono clearly has a fantastic pedigree – his career history speaks for itself. He not only blends business and strategic leadership, he is truly committed to creativity, his clients and to the agency as a whole. His promotion completes a robust leadership team which is set to take LIDA to even greater heights.”

LIDA has enjoyed a successful 2014 so far having celebrated a number of new business wins including Alzheimer’s Society, Land Rover Retail and most recently John Lewis Financial Services.  With the recent appointment of Richard Pentin as Strategy Partner, Victoria Fox promoted to CEO and the creative direction of Nicky Bullard, Goodman’s promotion marks an era of continued growth.