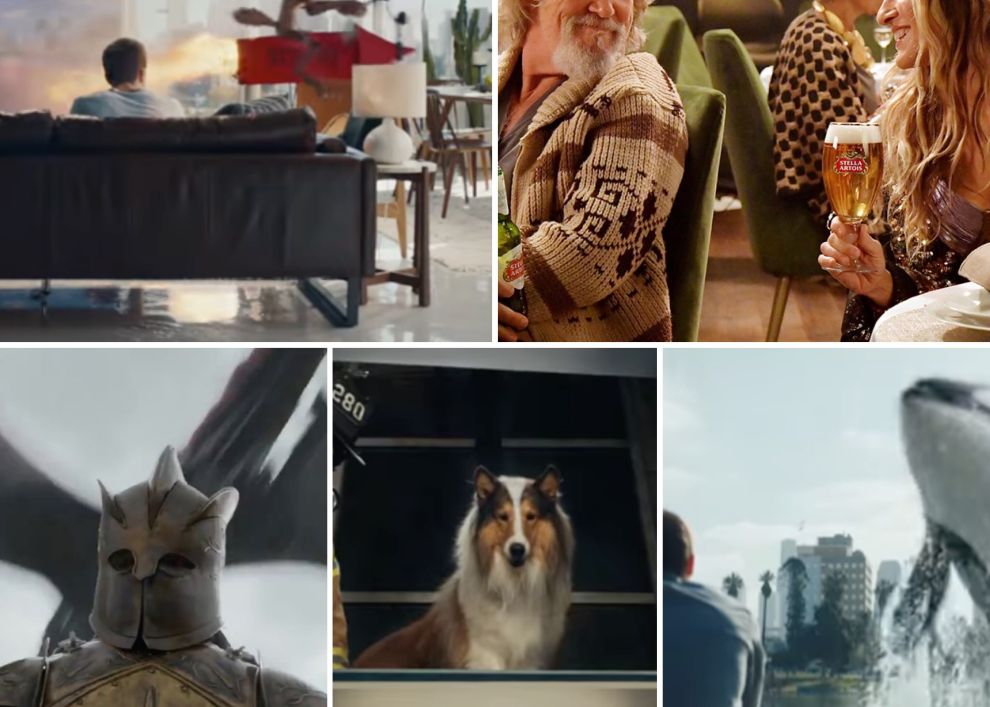 The Super Bowl is the time of year where advertisers fight for the attention of millions who are actually willing (and wanting!) to be advertised to. We see Super Bowl viewers along with those of us that enjoy the ads but not the football ready to see who is spending big and which campaigns stand out.

This year there seems to be mixed reviews on who stood out, and most campaigns were packed with big celebrity names. However, there were three campaigns that stood out to me thanks to their use of well-known characters.

Here we see what initially appears to be a Bud Light ad, which usually means it will be funny with a lot of ‘dilly dilly’! Soon enough the ad morphs into a campaign for the final season of HBO’s Game of Thrones. I found this to be so brilliant and it was certainly one of if not the most talked about ad of the Super Bowl this year.

This one is hard to beat. Game of Thrones is at its peak coming into its final season and it's bound to be the show everyone talks about for the remainder of the year. The cross over here with Bud Light is so impressive. I'm sure both HBO and SABMiller were planning this for a very long time to ensure both felt like their messages were being achieved.

Here we see a man who has the power to make anything happen by simply saying it out loud. After a few clever scenes which allows viewers to understand the premise, our guy finds himself stuck in an elevator. ‘Lassie, get help’ he says, and the classic dog from Lassie Come Home and 10 other films appears with a fireman, saving the day. In the next scene, the man is watching Looney Tunes on TV when he says ‘use the rocket’, resulting in Wile E Coyote bursting through his living room on a rocket. Next he appears next to a body of water and says ‘Free Willy’. Up rises (I assume) Willy the orca and lands in the ocean. This fun collection of scenes are used to show off the features of the Mercedes-Benz 2019 A-Class that can apparently fulfil requests via natural voice recognition.

Nostalgia is the key word here. Lassie, Looney Tunes and Free Willy are all classic children's titles. There's a reason why they didn't show characters from PAW Patrol, Minions or Peppa Pig. Fans of those shows aren't buying cars at this time in their life, because they're all children. But adults today that are buying cars grew up with Lassie, Looney Tunes and Free Willy. Another car company that recognises the power of nostalgic kids brands is Honda, who have featured the likes of Teenage Mutant Ninja Turtles, G.I. Joe, Strawberry Shortcake and Care Bears in their campaigns.

I never thought I would see the day that Sex and the City’s Carrie Bradshaw and The Big Lebowski’s The Dude shared a screen together. Sarah Jessica Parker and Jeff Bridges teamed up to reprise their characters to do good for this Stella Artois ‘Pour it Forward’ campaign, which is all about providing access to clean water for someone in need with every pour.

This is a really smart approach. They're targeting two very different demographics and bringing them together wonderfully. Sex and the City fans have been hanging out for a third movie (which is now very unlikely to happen), so this would have given them a little bit of the fix they need. The Big Lebowski wasn't hugely successful at the box office but has since become a cult favourite - making The Dude an appealing character to place in the campaign.

In a super competitive environment such as Super Bowl, characters are a great way to cut through the clutter and get people talking. It's a way to tap into existing emotions and the good will associated with these characters and TV shows.

I imagine that we'll see much more of this in years to come, as Super Bowl continues to be blockbuster advertising event and advertisers continue to out-do each other creatively.