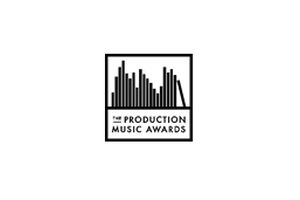 Today sees the launch of the new look for the Production Music Awards in association with MCPS Production Music. The event celebrates the best and brightest creative talents in the production music industry. In 2016 the awards have evolved from what was previously called the Library Music Awards into an event designed to offer music libraries both large and small an opportunity to champion the depth and quality of modern production music to the wider sync, media and advertising industries.

MCPS Production Music, alongside PRS for Music are playing a key role in supporting the development of the awards this year, helping to increase its presence in the music industry and media industries as a whole.

The Production Music Awards will also be bringing back its popular daytime event, Tune Up, a series of educational demonstrations, workshops and industry panels tailored towards composers and musicians. Tune Up will take place on Friday 25 November at BAFTA’s Princess Anne Theatre, Piccadilly.

Alongside the association with MCPS Production Music, the Production Music Awards are proud to welcome the involvement of a handful of key sponsors; Sound on Sound Magazine returns as the media partner for the awards, alongside PRS for Music, The Musician’s Union, Spitfire Audio and production collective, WMP. The awards are open for entries from production music libraries immediately. Closing date for entries is the 16 September 2016.

The awards ceremony will be held at the prestigious ballroom at 8 Northumberland Avenue, 25 November 2016. Tickets for the event are available from the Production Music Awards’ website.