New kind of agency brings together PR, advertising and the media 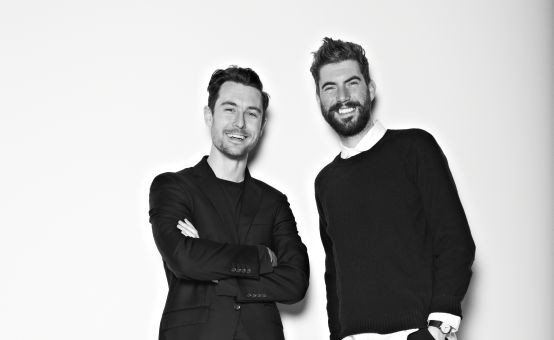 This week, a former PR Director and Business Director from Mother launch a new kind of communications agency. Semaphore London will blend the fast-paced strategy of great PR with the quality content capabilities of a top ad agency.

Built to address a fragmented communications and media landscape, Semaphore London consists of a unique group of people from PR, advertising and the media. The agency will help consumer and B2B brands ensure their message lands in the right channels, at the right time, for the right audience.

Based on a model of open collaboration, Semaphore London is a brokerage that brings together brands, the media and their audiences in partnerships that benefit everyone.

Motivated by a culture of independence, the company has turned down investment and instead bankrolled its launch by securing commitment to the business from a roster of collaboratively driven founding clients.

Says Mike Veitch, MD of creative technology company rehabstudio; ‘Liam and Aaron have created something that just didn’t exist in the market. They’ve helped us amp up the profile of our own brand via killer PR, and they’re also an essential strategic collaborator on our creative client business and entrepreneurial ventures. We’re closer to being partners than a traditional client / agency relationship.’

Dara Lynch, COO of D&AD says: ‘Semaphore London is a genuinely creative PR company - one that understands PR, advertising and the design industry and how to help them create quality, impactful content – it’s a potent mix.’

Founding partner Liam Fay-Fright was formerly the Director of Communications at Mother and D&AD, and came to PR from a creative production background. His past clients include Rankin, AEG Europe and Red Bull. In 2012, Liam was named one of the world’s top 30 young Marketers by Forbes Magazine, where he was recognised as an early pioneer of branded content for his role in producing the Sky Atlantic documentary ‘Ad Men’.

Founding partner Aaron Cole was previously a Business Director at Mother, and has worked at The Corner, Fallon and TMW. Aaron prides himself on not being a 'suit' and has an endless desire to make better creative work, no matter the brand, industry or client. This has made him grey, but nevertheless resulted in impactful work for Halfords, Skoda, Unilever, T-Mobile, Fuller's, Nokia, SCA and The UN.

Aaron Cole says: ‘We’re putting strategic PR thinking at the beginning of the creative process and ensuring that all the stuff we make – be it a PR campaign, a stunt, a book, a product launch or a film – is purpose built to work in modern media channels. It has to be newsworthy, it has to be useful and sharable, and made to a top standard - or we won’t put it out.’

Find out more at www.semaphorelondon.com