Leo Burnett Global CCO to preside over the jury 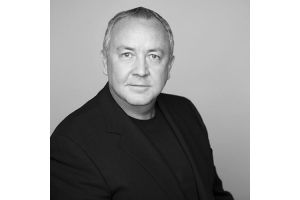 Mark Tutssel, Global Chief Creative Officer of Leo Burnett Worldwide has been named as Jury President for the 2015 London International Awards (LIA).  Tutssel will preside over the Non-Traditional jury.

As Chief Creative Officer of Leo Burnett Worldwide, Mark Tutssel serves as the global network’s creative leader and is responsible for setting the creative vision for the network’s 85 global offices, helping Leo Burnett move up to the 3rd most awarded network in the world. Under his creative leadership, Leo Burnett has developed world-class campaigns for some of the world’s most iconic brands.

“LIA is one of the world’s finest festivals of creativity and it is a great honour to preside over the LIA Non-Traditional jury. This category is for people who believe in creativity over conformity. It’s for those with the courage to throw caution to the wind; those who embrace the untried and untested, the unexpected and the unconventional,” said Tutssel. “Our ideas need to move at the speed of culture and land with seismic strength. They need the impact to shape attitudes and transform behavior. More than ever before, successful brands need to be guided by creative intuition and fuelled by bravery. The Non-Traditional category is where you’ll find them. After all, world-changing ideas never come from comfort zones.”

The LIA 2015 Entry System is now accepting entries. Judging will take place from 1st October to 10th October. The shortlists will be announced as each judging session concludes, with winners being announced 2nd November. Click here for more information on submissions and eligibility.