North America CCO will preside over the Digital jury 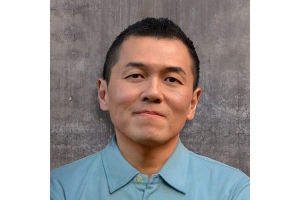 Ronald Ng, Chief Creative Officer of DigitasLBi North America, has been named as Jury President for the 2015 London International Awards (LIA). Ng will preside over the Digital Jury.

Ng comments: "The digital landscape is constantly evolving, but creativity and ideas remain core to everything we do. I look forward to working with the LIA's prestigious jury and being blown away by the work."

Inspired by the integration of data, technology and storytelling at DigitasLBi, Ronald joined the agency in January 2015 where, as Chief Creative Officer of North America, he leads the creative charge for their six offices in Atlanta, Boston, Chicago, Detroit, New York and San Francisco.

Ronald graduated with a Bachelor of Journalism degree sometime in the mid-90s. After doing his agency rounds, he joined the BBDO & Proximity network in 2004 and served in their Malaysia, New York and Singapore offices for more than a decade.

During his tenure as Executive Vice President/Executive Creative Director at BBDO New York, his Kinect-powered interactive installation for Autism Speaks was accepted into the New York Museum of Modern Art’s (MOMA’s) permanent collection in 2011. In 2015, Ronald was ranked #6 in the prestigious Top Chief Creative Officers category by the Directory Big Won Report.

The LIA 2015 Entry System is now accepting entries. Judging will take place from 1st October to 10th October. The shortlists will be announced as each judging session concludes, with winners being announced 2nd November. For more information on submissions and eligibility please click here.