Awards and Events 458 Add to collection 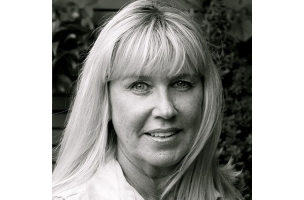 Lizie Gower, Managing Director & Founder of Academy Films, London has been named as the Jury President for the 2015 London International Awards (LIA) presiding over the Music Video and Production & Post-Production Jury.

Lizie comments:  “To be appointed Jury President is an honour because, in our cutting edge industry, LIA is fast becoming one of the most important awards festivals on the calendar. Campaigns are judged across multiple platforms; an approach that is essential in today’s ever evolving advertising landscape. You only need to look at the LIA Jury to see that it draws some of the industry's biggest names, illustrating its huge significance and creative appeal across the globe. LIA covers a broad range of categories, has a fab organiser in Barbara Levy and Vegas plays host too, which is a bonus!”

Discussing the value of the Awards, Lizie adds: “For a Production Company or a Post House, winning a LIA is an affirmation of the highest order.

Agencies aside, the LIA Jury is made up of some of the production world’s biggest names and winning here can’t be ignored – it’s definitely a big deal! You only need to look at the judges and the previous winners to see that the industry takes the festival seriously. Academy have entered every year so far and will continue to do so in the future.”

Gower launched Academy Films in 1985 and the company has been listed as one of the top five companies worldwide making commercials and music videos. Academy has picked up all of the industry's biggest awards along the way including four Black Pencils at the D&AD Awards, MTV Best Video of the Year, Campaign Magazine Production Company of the Year, Commercial of the Decade by the Sunday Times, Televisual’s top UK Production Company and Most Successful Production Company in the UK by the British Arrows.

Gower has developed a reputation for spotting new directors and nurturing young talent. Academy has 40 directors on the roster, most of whom have been working at the company for their entire careers. Gower is frequently called upon to be a spokesperson for the advertising and film industry, she was made chairman of the British Advertising Arrow Awards in 2009 and has sat on the executive committee of the Advertising Producers Association for 18 years. She has chaired and judged numerous key award shows and is a member and a jury member for BAFTA.