Its not too late to enter your best work in the prestigious London International Awards.Demand to push the entry deadline has lead to LIA extending its final deadline 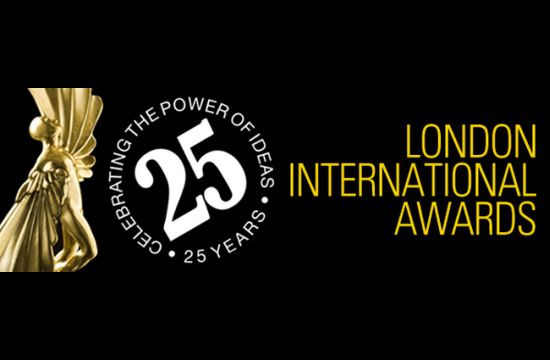 It’s not too late to enter your best work in the prestigious London International Awards.
Demand to push the entry deadline has lead to LIA extending its final deadline for work released through the 31st July 2010. This work will be accepted until the 6th August. However, all entrants must be registered by the end of the day Friday 30th July.


This year, for the first time in its 25-year history, LIA will also be honouring “The Best
Network, Agency, Design Company and Production Company of the Year.”


"LIA on-site judging at Wynn Las Vegas in 2009 was so successful that we
will be returning to the Wynn for 2010 judging," revealed Barbara Levy, President of LIA. “We had rave reviews about the entire judging process and the overall experience from the 2009 Jury. All jury members on each respective jury panel will vote on every entry. The only exception, jury members are not allowed to vote on their own work.”


The 2010 list of Jury Presidents reads like a Who’s Who in the world of Advertising, Digital and Design:


The Winners will be revealed at the LIA 25th Anniversary Gala, to be held on Monday
8th November at Troxy London.


Showcasing of the Winners and Finalists will not end on the 8th November. Immediately commencing after the Awards Gala LIA will take the winning work on a global tour.

Each year LIA prints 6,000 copies of their full-colour Awards Annual featuring the work and creative credits of all Winners and Finalists. All entrants will receive a copy of the 2010 Annual a few months after the announcement of the Winners. “We feel that our entrants and potential entrants should know that their winning work is not only printed in a hardbound Annual, but that their peers around the world get a chance to see it for years to come. This is our way of honouring the winning work beyond just awarding a Statue. It is also our wish to inspire creativity and the exchange of ideas. And in a small way give back to the creative community,” said Barbara Levy.


For further information or to access the LIA Entry System: www.liaawards.com.