Awards and Events 493 Add to collection 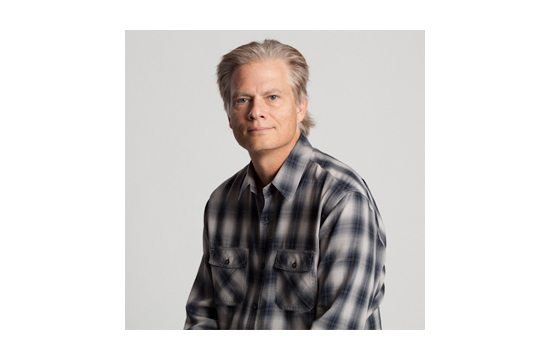 After three days judging and huddling around a computer screen, it’s crunch time tomorrow for London International Awards Print jury President and Publicis Kaplan Thaler CCO, Rob Feakins. The statue discussions that are set to begin tomorrow morning in Las Vegas will also be attended by a group of young creatives from around the globe – Rob tells LBB’s Addison Capper of the value it holds for them.

LBB> Why was it important for you to judge this year’s London International Awards?

Tomorrow is the medal judging round. So far we’ve been on computers huddled by ourselves, but tomorrow we get to talk. I know I’m going to learn stuff from the other judges, so that’s what I’m excited for. The other thing is that, I think LIA has really vaulted itself over the last five years into a top tier show. That’s the other reason I’m here to judge because there is a lot of great work.

LBB> How has this year been so far? Have you seen any trends coming out of the work that you’ve seen?

RF> It’s funny timing because a lot of the work was at Cannes. There are some new things, which is great to see, but there is a lot of work that I’ve seen in Cannes. But in terms of trends, I think work in general is becoming more human, certainly in terms of what I’m judging. There’s a lot less of what I’d call either shocking, childish and infantile, comedic to be comedic. Almost all of the work is incredibly thoughtful. In terms of print, for me it operates in a number of areas. Print doesn't honestly have the attraction that it’s had in the past – it’s not a new thing. But I think it’s actually the ultimate engagement tool – it works in the ways that you want something to work.

I’ve little heart for work that is exceedingly complicated or needs a detective to notice the subtleties. And that was a trend – but no one has time to look at that. For me, it’s firstly about does it stop you? Is it simple and bold in doing so? Secondly, does it allure you and seduce you? Do you get intrigued by it and want to spend time with it? And three, is there an insight? Is there something there that makes you learn or think twice about it? This may all seem pretty obvious, but those are the things that are powerful.

I think there’s a lot of intelligent work in this show, which I’m really excited about. But there is also a lot of work for real brands.  A peeve of mine is something like a two-page spread for a ceiling fan that’s been re-touched for three months. Let’s really reward work that’s serious and compelling.

LBB> What do you think about the LIAs bringing over a group of young creatives for the ‘Creative Conversations’?

RF> I think it's really great is for them to sit in on the statue discussions tomorrow. That is special because they’re going to see how people look at the work. Number one, there going to see the range of work that’s in the show and they’re going to think ‘wow, that’s what I’m competing against’. Two, they’re going to hear why the judges think that a certain piece they think is great isn’t quite good enough. So I think they’re going to learn a tonne during that. To be getting these lectures and be spending time with leaders of the industry, they’re pretty lucky.

LBB> To round up, what have you enjoyed from the trip, aside from judging?

RF> Personally, I am not a Vegas guy. I wish we were in a quaint village in England in the pouring rain. But I will say, there’s a great family atmosphere about the judging here and the dinners that we’ve had have been great. Finally, it’s been really wonderful to get to know all of the judges. It's a very talented, smart and funny group.