LIA Creative Conversations 2013: A Round Up

Awards and Events 532 Add to collection 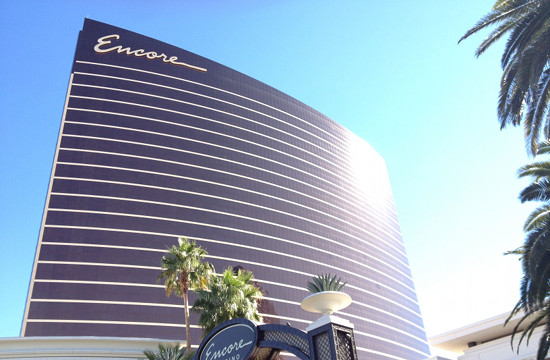 Last week LBB’s Addison Capper was in Las Vegas for the London International Awards judging and ‘Creative Conversations’. For the second year running a selection of young creatives from around the world were flown to the city to learn and mingle with industry pioneers. Here’s what went on.

Mark Tutssel - As cities go, it’s fair to say that Las Vegas is about as far from traditional as you can get – which is perfect for the Leo Burnett Global CCO, who led a gang of ad industry experts to judge the Non-Traditional category. We chatted to Mark about creativity in bling city.

Rob Feakins - The Print Jury President and Publicis Kaplan Thaler CCO spoke about the value held for the attending young creatives, who were allowed to sit in on final statue judging discussions.

Tham Khai Meng - Ogilvy & Mather's Global CCO and TV Jury President was on the hunt for audacity in Las Vegas. But fear not, he wasn't hoping to track down the next Prince Harry scandal - he was sniffing out the most ground-breaking advertising work.

Chris Smith - ‘Toptional’ swimming pools, sneaking into raves and playing fast and loose on the roulette table… Las Vegas is full of hedonistic distractions. And that’s great if you’re on holiday – but less easy when you’re faced with the prospect of having to concentrate and listen carefully to over 600 radio ads. Still, The Richards Group Creative Group Head & Radio Jury President did his best to tune out the insanity and tune into the most creative global work coming out of this ever-versatile medium.

Tony Granger - Y&R's Global CCO & The New Jury President was excited to see some ambiguity in Las Vegas with some work that doesn't fit into one category or another. He wasn't excited to gamble.

Amir Kassaei - A man that's flying around the world 300 days of the year, the DDB Worldwide CCO was hoping to get a little time to relax around his time in charge of the Integration Jury.

Ramesh Sathiah - From Elvis to Elton John, Las Vegas is all about big sounds. The Song Zu Creative Director & Composer led his Music & Sound Jury to channel the spirit of the Rat Pack at the Sands to judge the best of the Music & Sound category.

Karel van Bellingen, a Director signed to Great Guns, took most away from those that spoke to attendees not about work and advertising, but about “life and how to live it”.

Saatchi & Saatchi Berlin Copywriter, Kathrin Schaller, looked to the future and at getting clients to take risks after reflecting back on her first day in Sin City.