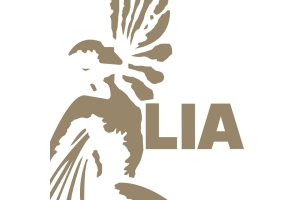 London International Awards (LIA), one of the world’s most prestigious international festivals with a mission to award creativity and the power of ideas has announced the 2015 Juries. There are fifteen jurors representing the UK within the eleven jury panels.

Judging will take place in Las Vegas from 1st October to 10th October.

Lizie Gower, Founder and Managing Director at Academy Films will preside over the Production & Post-Production and Music Video jury.

Says Barbara Levy, President of LIA “The UK has consistently turned in a strong creative showing at LIA over the years evidenced by the amount of metal and 'Of The Year' awards won.  I must say that we are truly honoured to have such a prestigious group of creative talent judge LIA’s 30th Annual Awards. They will be tasked with viewing a massive number of entries and awarding creative excellence in their respective categories. Las Vegas will not be all fun and games! I am confident that with this caliber of professionals judging the work, the outcome of the LIA judging is bound to set new and higher benchmarks in creativity and innovative ideas”.

The 2015 London International Awards Jury Panels consist of the industry’s most respected names from over 25 different countries. Each jury will judge on-site, starting with the first round and concluding with statue discussions. Every member on each Jury panel, including the Jury President, judge all entries in their respective media without bias as to origin of work by country, company or individual. These panels decide on the Gold, Silver, and Bronze Statue Winners, as well as the Finalists. Each Jury has the discretion to award a Grand LIA.

The LIA 2015 Entry System is now accepting entries. Judging will take place from 1st October to 10th October. The shortlists will be announced as each judging session concludes, with winners being announced 10th November. For more information on submissions and eligibility please visit http://www.liaawards.com/enter/eligibility/