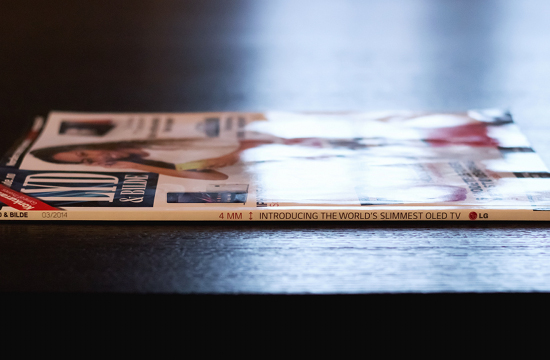 The LG TV is 4mm thin, the same width as the most read tech magazine in the Nordics: Sound & Vision. M&C Saatchi Stockholm has capitalised on the coincidence, using the magazine spine as a unique media placement, creating The World’s Slimmest Ad.

The new curved OLED-TV was launched at the CES-show in Las Vegas in January 2014 by LG Electronics.

“Sometimes ideas are just too good to say no to” says Leo Dratwa, Nordic marketing manager for LG TV and media. The media placement in Sound & Vision is brutally simple, while working as a small product demonstration of the TV.

The campaign was created by M&C Saatchi Stockholm. 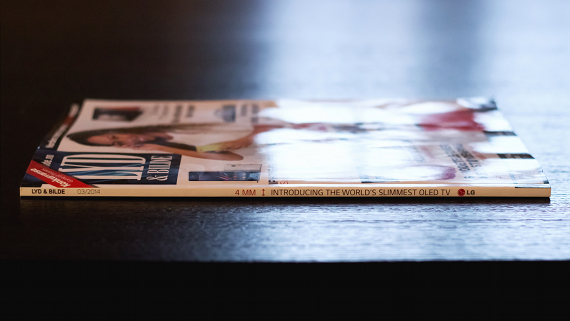