In honour of International Women’s Day, LG Electronics and its LG XBOOM GO line present the talent of Mozart’s sister, expressed in music and developed by AlmapBBDO 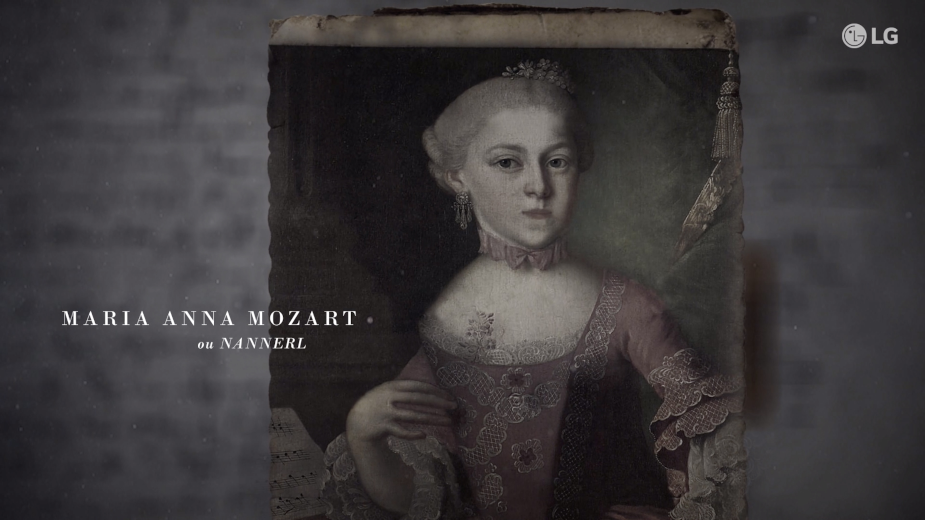 It’s a little-known fact that Mozart wasn’t the only musical talent in his family. Maria Anna, his elder sister by five years, was also a gifted musician in her own right. But the customs and norms of the 18th century kept her from shining. On this International Women’s Day, LG Electronics – a company that seeks to help people fulfil their full potential through technology – is telling the brilliant story of Maria Anna Mozart through a never-before-heard piece of music.

Words and phrases from 66 letters exchanged between Maria Anna and Wolfgang Amadeus Mozart and 90 diary pages that have survived to this day were transformed into musical notes. And in the hands of pianist Heloisa Fernandes, they became an exclusive melody, expressing the feelings and personality of an artist whose talent was shrouded by history. Launched on March 8th, International Women’s Day this initiative was only made possible by the combination of technology, the study of human language and one talented pianist. An unprecedented idea from AlmapBBDO, which is premiering its first campaign for LG – specifically for the LG XBOOM GO, a portable speaker with audio technology by Meridian.

LG, along with Almap, discovered that while Maria Anna’s own compositions were lost, the letters she exchanged with her brother Wolfgang, as well as her diary, are still with us. Access to that material was the first step in creating the first piece by Maria Anna Mozart that people will be able to hear. The writing, all in German, underwent painstaking analysis so that its tone and pronunciation could be translated into musical notes – which were then arranged by Heloisa Fernandes.

The piece, entitled ‘Das Königreich Rücken’ – an imaginary kingdom that Maria Anna and Mozart made reference to in their letters – became the soundtrack to the campaign spot, by Belgrado and Supersônica. The video may be seen on Facebook, Instagram, and YouTube.

“In her time, female musicians weren’t accepted. To become part of society they had little choice but to become wives and mothers. With this campaign, we’ve created a new way to pay tribute to someone who, like so many others, had to give up her gift, her talent, just because she was a woman. Now we’re going to make sure she’s recognised, at the very least. And it makes perfect sense for a company that understands the power of sound and music to embrace the Ms. Mozart Project,” says Beatriz Scheuer, strategic planning director for AlmapBBDO.

Each musical note has a unique, set frequency. C, for example, is 261.63 Hz, while G sounds at 392 Hz. This was the logic behind the composition of “Das Königreich Rücken.” As we speak, each syllable has a frequency that, while close to a musical note, is rarely spot on. In partnership with the production company Supersônica, AlmapBBDO turned to Waves Tune, a software program developed to capture vocal expressions and adjust them into musical notes.

A German interpreter was invited to read the letters and diary of Maria Anna Mozart out loud, and the software translated the recording into musical notes by tuning the syllables. If a spoken syllable hit 387 Hz, for example, the program interpreted it as G.

That’s how a catalogue of spoken phrases, transformed into musical notes, came to be analysed by pianist Heloisa Fernandes, who reorganised them temporally and spatially into a piece for piano, in the style of the period. The result is a score that will go down in history. 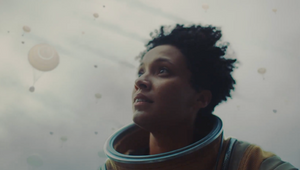 Through the Eyes of a Astronaut, Johnnie Walker Unveils a Future of Possibilities 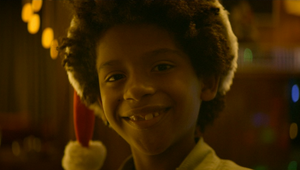