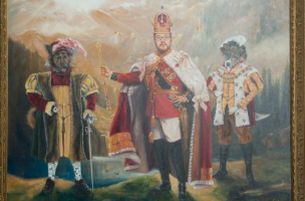 To launch the new LG flagship phone, LG and 72andSunny New York challenged people on social media to question their smartphone loyalty and vow to prove the new G7 ThinkQ phone is the best available. “What’s It Gonna Take?” follows the daily lives of smartphone users complaining about their devices and humorously confronts them with a mix of celebrities to see what it will take to switch to the new G7 ThinkQ phone.

Follow along with #WhatsItGonnaTake, as LG grants people around the US, their requests to switch to the all new G7 ThinkQ phone.

In one 60-second film, 'Eagle Fan’s Request Granted'  LG grants one die-hard Eagles fan’s request to have a football player field goal kick her old phone into oblivion before switching to LG. Enter fan favourite, record-breaking, Super Bowl winning, rookie kicker Jake Elliott, to kick that old phone through the uprights! Jake brings @SuperMomIsHere2’s NFL fantasy to life in a small town outside of Philly, destroying her outdated phone in front of a crowd of superfans.

In Spontaneous Gym Session to grant @CtrlChris wish, LG paired him with quite literally, the strongest man in the world. Hailing from Iceland, Hafpor Julius Bjornsson, also known as “The Mountain” from Game of Thrones, holds the 2018 title and brought his 397 lbs worth of brawl to put @CtrlChris through the workout of his life. The social film shows Hafpor challenging Chris to push his limits in order to earn the LG’s all new G7 ThinkQ and ultimately the duo crush Chris’ outdated phone to smithereens.

In Epic Dog Portrait an  owner of two rescue dogs requested a panoramic painting of his two rescue pups to hang on their wall as they habitually gather around the television to decide what pictures they will post to their growing dogs’ Instagram accounts. 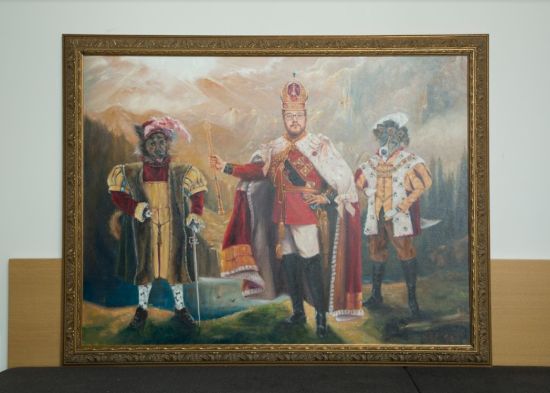