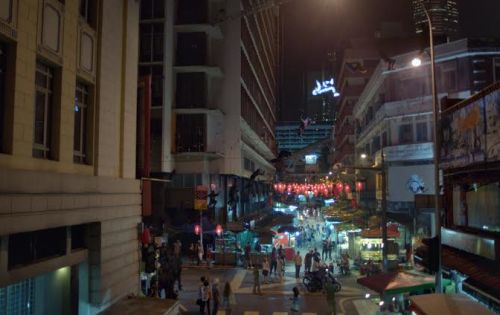 CHI&Partners today unveils its global STROBE campaign for Lexus International – an LED spectacle which saw acrobats and stuntmen suspended across Kuala Lumpur’s night skyline and lit up in succession to create the illusion of acrobatic motion at impressive speed.

Poised across the rooftops of some of the city’s tallest buildings, the ‘Lightmen’ were dressed in bespoke LED lightsuits and controlled by a purpose-built computer system to strobe one by one, tracking the breathtaking journey of one illuminated figure.

Footage of the event, which required a team of 40 expert engineers to erect and control via large-scale rigging, will run across TV, cinema, outdoor, digital and social channels worldwide.

The film was directed by Adam Berg of Stink Productions, and the LED suits, which took six weeks to build, were conceived by Hollywood costume designer Vin Burnham and world-renowned technical director Adam Wright – taking design cues from Lexus vehicles, including the iconic spindle grille and LED headlights. Each suit contained 1,680 LED lights, all wirelessly controlled to strobe on command using DMX software.

STROBE is the third in a series of projects CHI&Partners has created to reflect Lexus’ ‘Amazing in Motion’ engineering. It follows STEPS (an iconic choreographed stunt using 11-foot tall puppets) and SWARM (footage of a real swarm of quadcopter robots exploring downtown Vancouver at night).

Monty Verdi, Creative Director and Partner at CHI&Partners, said: “STROBE involved feats of engineering, technology and sheer human endeavour – seeing this figure seemingly come to life and take to the rooftops was exhilarating.

“The whole ‘Amazing in Motion’ series is about opening Lexus up to a new audience – illustrating not just the brilliant engineering and grace of its products, but also the adventurous, imaginative nature of the brand.”

Mark Templin, Executive Vice President at Lexus International, said: “STROBE is the third in our ‘Amazing in Motion’ project. We created this global series of campaigns to showcase our imagination through innovative design and technology.  It builds on the Lexus ambition to connect with the hearts, as well as the minds, of consumers.”

Music for STROBE was provided by Computer Magic, the electronic music solo-project of New York producer and DJ Danielle “Danz” Johnson, who is signed by Kitsuné.

The track, ‘Running’, was chosen for the way it effortlessly complements the sequence of the Lightmen, accentuating the flow of movement, while the lyrics support the narrative of the Lightman running through the city at night. 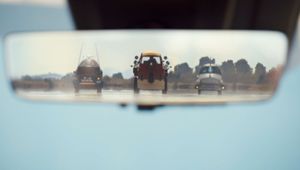