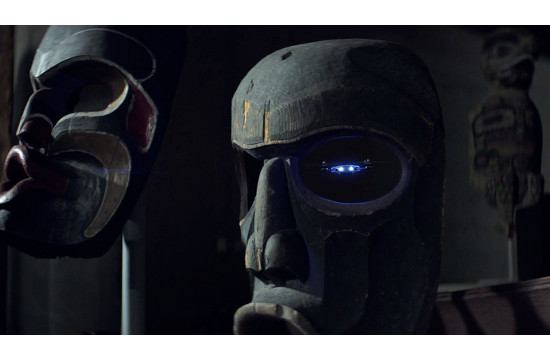 ‘Swarm’ is the result of a creative and innovative collaboration between Lexus, Director Sam Brown of Rogue Films and KMel Robotics. ‘Swarm’ takes existing quadrotor technology out of its typical engineering environment and moves it into real world settings and locations. The result is a playful story of quads exploring the city at night while we sleep.

The quadrotor technology developed by KMel Robotics uses innovative 3D mapping software, complex algorithms and motion capture camera equipment. Each quadrotor has reflective markers that respond to infrared light emitted by the cameras. Over 100 times per second each quadrotor is finding out where it is and working out where it should be, in order to achieve precise, synchronized and amazing movements.

The bespoke quadrotors created for ‘Swarm’ took design cues from Lexus vehicles, including the iconic spindle grille, LED headlights and LFA exhaust. The ambition was to bring warmth and personality to an existing colder technology, and the design brief was to balance both high-tech circuitry and aerodynamics with character animation.

Lexus commissioned Jonathan Goldstein to compose a cartoon-inspired original track, and this was recorded by a 56-piece orchestra in Angel Recording Studios in London.