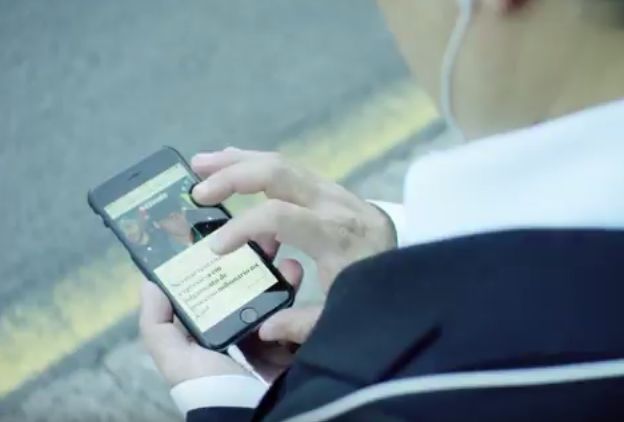 To surf the internet, visually impaired people use a screen reader, a piece of software that reads each item on the page out loud to the user. However, when visually impaired users come across banner ads, all they hear is computer code, a jumble of random letters and numbers. In order to stimulate the enforcement of a law which determines that accessibility resources are mandatory in any virtual channel, and to demonstrate the importance of social inclusion, Lew’Lara\TBWA, in partnership with the Dorna Nowill Foundation for The Blind, created this project: The Hacker Spot.

With the aim of making all content accessible and inclusive, the agency took the programming language for banners from several advertisers and inserted informative spots that offer news about courses, laws, tips, events, and motivational experiences for the visually impaired.

"It's rewarding to be able to work with the Dorina Nowill Foundation. The Hacker Spot turned banners into radio spots, and that has made life better for visual impaired people, creating an entirely new way to communicate with these users. In the end, we found a way for radio to hack the internet," says Felipe Luchi, CCO and partner of Lew'Lara\TBWA.

In partnership with ad server company Predicta, the campaign’s messages were applied to the codes for the banners. This way, screen readers stopped reading a series of random letters and started broadcasting messages, such as: "Hello! To contribute to the inclusion and autonomy of visually impaired people, we provide courses and rehabilitation programs, special education, employability, and access to information. Press enter to visit our website and learn more.”

At the end of the spot, by simply pressing the 'enter' key, the user can be directed to the foundation's website, which is also accessible and contains all kinds of information about visual impairment as well as useful information for people who are blind or have poor vision. To learn more, click here.