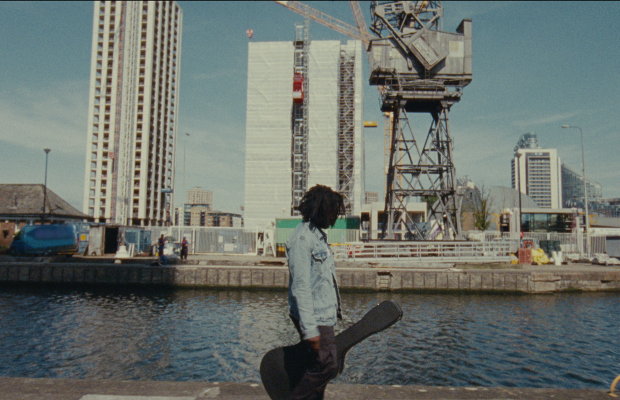 Levi's has launched its new 2019 campaign 'Your Voice. Your Way' created and produced by Riff Raff Films.

Directed by Jon E Price, the campaign takes a documentary style look at what five young musicians across Europe feel voice means in their life and what or who in their community has inspired them to find, trust and use theirs. The documentary can be viewed in full at LEVISMUSIC.COM and the 60 second TVC represents not just the artists but their communities and ecosystems, adapting quotes from the longer doc.

The campaign builds from the creative insight that many people are ready to stand up, use their voice and express themselves, but one of the largest obstacles is knowing what we want to say, how to say it and trusting that the expression of our own voice can happen in big and small ways.

It’s a campaign that seeks to avoid intimidating viewers with larger-than-life heroics – instead the documentary and TV commercial instead features inspirational figures who are, nonetheless, grounded in relatable every day life and communities. “Our core creative came from an initial thought: many inspirational campaigns motivate us by profiling “the superhumans” - the record breaking, history changing, trend setting heroes of our days. They can inspire us that society can change, but they also might make us feel like we could never be that cool, powerful, heroic, smart or talented; they make change feel big and risky,” say the team.

The campaign’s branded documentary ‘Voice’ features a range of artists from across Europe. There’s Hak Baker from East London, who’s pioneering a new genre called G-Folk, reviving folk music by infusing it with reggae, indie and punk vibes. He’s deeply involved in community and youth projects and talks about drawing inspiration from working class struggles and his academic Jamaican family members. Rapper George Ka hails from Paris and travelled to Vietnam in 2018 where she shot her first music video ‘Saigon’, about Ho Chih Minh City and her own mixed origins. Simbiat Aly Eboh lives in Barcelona is a bassist who plays in reggae, soul and gospel bands and talks about the impact of joining the church choir and how she resisted stereotypes to pursue the instrument of her choice. Fellow Barcelonan, Adam Lakti, has been drumming since he was a kid and believes that music can bridge cultural and linguistic divides. Michael Aldag is a young singer songwriter from Liverpool whose first song was about the infamous Hillsborough Disaster in which 96 football fans died. Luca Pfieffer is from Kassel in Germany has been working with Levi’s since the brand started a music project in his home town and now is a keen pop musician. Multilingual Danny Bassa was born in Cameroon, moved to Croatia aged nine and Paris at 15 – his music draws from all these cultural influences and he’s also a passionate artist and music video director.

video
Levis 'Your Voice. Your Way.'