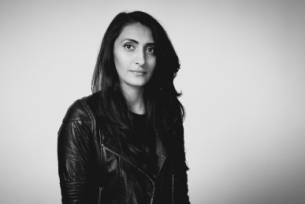 Virtual reality (VR) has become the latest land grab in the world of content creation, with rivals under bidding each other like never before in an attempt to get experience and creds under their belts. Such competition can, of course, be incredibly healthy – it’s always good to keep an industry on its toes. But this ruthless under bidding can be dangerously counterproductive because it risks resulting in poor quality content that ultimately puts consumers off this bold new medium.

It’s still early days for VR; there is much to learn. We’re still in the brick phone era and haven’t yet arrived at the smart phone stage. While not everyone had brick phones in the early days, it was definitely aspirational. Most importantly, we couldn’t even begin to fathom that it would fundamentally change the way we as society interact, socialise and function today.

People aren’t engaging with traditional advertising and are becoming highly desensitized. So advertisers are jumping on the 'VR bandwagon' to bring people closer to brands. We, as an industry, are in the privileged position of putting VR on the map. But if we abuse this position by placing low-cost sub-par VR projects in the public domain, we’ll shoot ourselves in the foot.

2016 is the year of VR. It’s predicted that more than 200 million consumer headsets will be sold by 2020 and by the end of 2016 VR users will reach a staggering 55.8-million. This massive opportunity needs to be handled with craft, intelligence, taste and a considerable amount of respect for the user because once the novelty of being in a virtual world wears off, it will be hard to persuade consumers to devote five minutes of their lives to a VR experience if the previous ones have left a bad taste in their mouths.

Not all VR experiences are created equal

Over the past two years we’ve seen a huge increase in VR content. From games, entertainment and documentaries to educational pieces, consumers are currently hungry for VR. But the quality of content and interaction needs to vastly improve. The experiences should be powerful and unforgettable, with storytelling that blurs the lines between the audience and narrative beyond recognition. We need to create content that makes VR indispensable.

So let’s stop trying to shoehorn a TV script into a VR experience. That’s as crazy as turning a press ad into a TV commercial. They’re two completely different mediums with completely different requirements. As creatives and marketers, we must call it out and stop it happening. Have the balls to say ‘no’ to ideas that are wrong for VR. Otherwise, we’ll pollute the VR space with rubbish, useless content. VR experiences should be something that cannot be experienced in any other medium or device. They should evoke emotion and stir the senses.

Advertisers always want to be the first to harness new tech. It started with radio, then TV, the internet and mobile platforms. Content for each medium began by replicating what went before. Only when we cracked content that was native to each medium, did the channels really take off.

To prevent the early mistakes of TV, radio and the internet, we’ve got to stop underbidding and start protecting. Underbidding gives brands, consumers and clients the impression VR can be done at minimal cost, even though premium end-to-end VR experiences can’t be created on a shoestring budget with a Go Pro camera. We cannot cut corners or make creative sacrifices for the budget. There are no excuses for lack of narrative, interaction or bad stitch lines.

Everything matters. It’s about sweating the small stuff. With a new medium, we need time to experiment and discover. It took over a 100-years to develop a language and art form of filmmaking that progresses a story in a 16x9 rectangle. Initially, there was no barometer for quality. It was new and exciting; and that’s all people cared about.

With VR, we can get there faster if we work together to educate clients and each other, share knowledge, create the best practice and ensure the content and experiences truly push VR to its full potential. This can only be achieved by creating the best possible experiences for the end user.

So let’s unite. Let’s take a step back from the headless chicken land grab and instead focus on creating utterly captivating experiences. If we don’t, we’ll have cannibalised the VR industry before it’s even left the starting blocks.