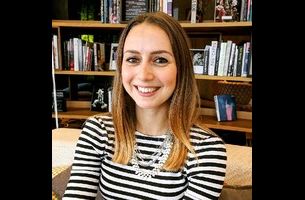 “You can’t be what you can’t see”. Back when 79-year-old American activist, Marian Wright Edelman, first coined this phrase, I wonder if she hoped or even just assumed that, by now in 2019, it would be a redundant statement?

For some, Nike’s ‘Dream crazy’ campaign proves how far we’ve come; by showcasing impressive, familiar sporting talent that have succeeded against the odds and have inspired the next wave of less familiar talent to follow. For others, the fact that Nike even felt the need to create such a campaign merely highlights that more seeing is required to enable more being.

As we celebrate International Women’s Day and look ahead to the Women’s Football World Cup, the most recent ‘Dream crazier’ female anthem from Nike is on fine prescient form.

Indeed, now more than ever, on platforms such as YouTube, women have equal freedom to create, to share, to see and therefore be - on their own terms. Viewership of women’s football alone on YouTube is at an all-time high, growing 300% in the last 12 months. Female entrepreneur content has doubled year on year. And did you know that women are 50% more likely to watch a learning 'how to' video than beauty content on YouTube? Women really are ‘just doing it’ and Serena’s earnest message breathes new life into Nike’s 30-year-old strapline.

The campaign appears to be doing its job with Nike just announced as the world’s most valuable fashion brand, up 16% from last year. On a personal level, it did the job too. It made me care about these women. For someone not terribly sporty, it actually made me care about sport. Heck, I might even head to Nike.com when I buy my next pair of trainers. In fact, its compellent to care is where opportunities are missed.

There are 13 additional short films spotlighting some of the talent featured including hijab-wearing German boxer, Zeina Nassar. By using YouTube features such as Cards and Endscreens, you can weave many stories together by actively guiding your audience to them. Nike could go one step further by sequencing a number of its stories using YouTube’s Video Ad Sequencing. You’re now able to serve a set sequence of ads to the same audience group and can adapt the sequence based on the user’s interaction. For example, if someone skips Serena’s monologue, you could target the same user again but perhaps with a shorter 15-second or even 6-second Bumper ad. But if they didn’t skip, that’s a signal of engagement and a follow-up spotlight story and then another and then perhaps even another could really maximise the impact of the campaign.

Executionally, there’s little to fault here. Here at YouTube, our Unskippable Labs team have analysed many thousands of ads to extract what tactics tend to see the highest view through rates and brand lift results. ‘Dream crazier’ opens on a tightly-framed distraught woman - there’s no slow build as we’re drawn straight into the action. We know that ads that start high (and with faces) perform particularly well and, with over 70% of YouTube videos watched on a mobile screen, tight framing can make a big difference on the small screen. Then, just as you might start to hover over the skip button, Serena’s voice kicks in with her first attack.

In fact Serena’s steady but impassioned voice is a crucial dimension to this film which Nike were able to fully exploit with 95% of YouTube ads being watched with sound on. The accompanying soundtrack paces the film which takes a step-change about a third of the way in. The music, voiceover and picture starts to quicken and crescendo to Serena (quite literally) knocking it out the park. The combined technique of starting high and continuing with multiple peaks is just the sort of story arc that we see succeed on YouTube. The unexpected reveal of Colin Kaepernick in last year’s film was a genius way to pull the audience back in at a point (1:20s) when most ads would choose to end. I would love to see the retention curve on that one.

The time lengths of all films in the ‘Dream Crazy’ campaign provide another interesting lesson for brands out there. Looking at the Global YouTube Ads Leaderboard for 2018, the average time length is 2:39 seconds. Colin Kaepernick’s ad sits as the fourth most popular ad. This is a perfect rebuttal to those who argue that only short content works in digital video. At YouTube, we’d counter with: go short or get chosen... and Nike’s audience clearly chose.

Mark Parker, Chairman, CEO and President of Nike recently declared 2019 'its year for women'. If we see it, if we be it, there will hopefully be more than one year of crazy women to come.