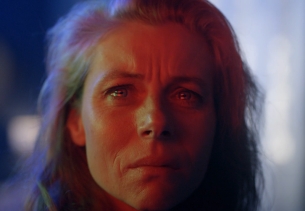 Sometimes less is definitely more. The new Samsung TVC from agency CHI & Partners and production house Somesuch and Co is a deceptively simple and striking spot.
The film closes in around a woman’s face as she experiences a series of intense emotions, with the light of her TV reflecting on her hair and skin. What’s she watching? An Oscar-winning movie? The latest Netflix box set? We’ll never know, but Aoife McArdle’s direction sucks the viewer in and leaves them asking questions.
The spot also gives Framestore colourist Simon Bourne plenty to play with, as vibrant colours from the TV play off the woman’s face. The campaign for Samsung’s ultra-high definition TV ends with the strapline ‘See More, Feel More’.
view more - Creative