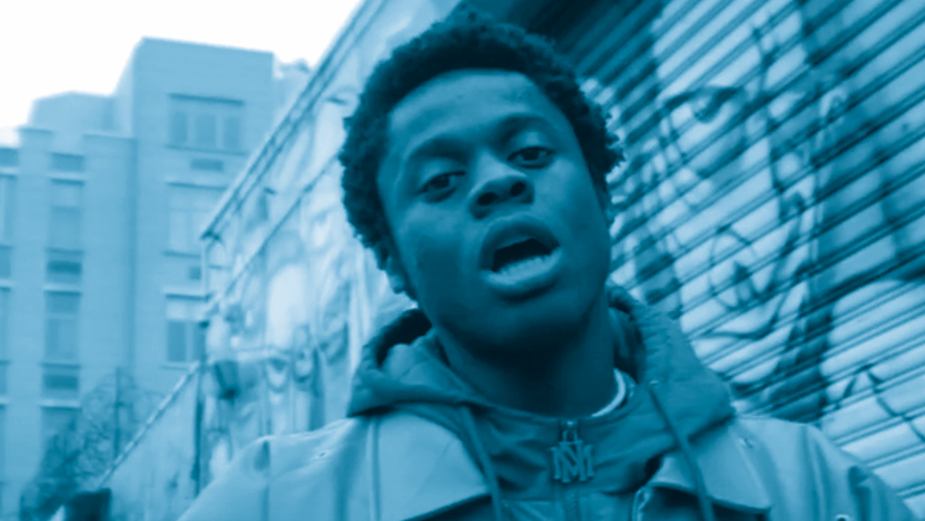 Back in 2014, little known Brooklyn-based rapper Prince Harvey released his first album. Nothing out of the ordinary so far, until you hear how he made it.

Following a kind offer from his LA bound friend to use his New York flat while he was away, Harvey moved in. What his mate neglected to mention was that they hadn’t paid the rent in months. Within days, the landlord changed the locks, leaving Harvey without a flat and more importantly, his recordings and musical equipment.

With his music lost and no money for new recording gear, Harvey didn’t panic. He improvised.

Close by was an Apple store. And every day, he would walk in, sit down at one of the Macs, open up GarageBand and begin making his album. Every session would last four hours, recording his raps in the store’s quieter moments. The day’s efforts were saved in a folder hidden in the computer’s trash to avoid being erased by staff at closing time.

After four months of this, Harvey had his album. Word quickly spread about the audacious feat and his story was shared by the likes of Lil Wayne and Russell Simmons, which in turn led to a tour of America and Europe.

All from an album recorded without a studio, any instruments and a total budget of $0.

As the pandemic enters its eighth month it has clearly had a devastating effect on the advertising industry. Brands are going under, budgets are being slashed and many staff are finding themselves without a job.

But if adland’s short history has taught us anything, it’s that we’re pretty good when things get tough.

When the British Government introduced strict guidelines for tobacco advertising in the ‘70s – ruling out people using the product or even mentioning the cigarettes by name – the change led to groundbreaking work. And when Dan Wieden was fired from his job, he said the freedom that followed gave him the desire and inspiration to set up his own agency.

Entrepreneurial spirits and creative minds are problem solvers – they’re at their best in times of trouble. The ad industry is full of these characters, and that’s why previous major hardships have resulted in game-changing creativity and new era-defining agencies.

It’s happened before and I have no doubt it will happen again.