Following the release of the Wrap-Up report, Cannes Lions takes a deep dive into each of the themes covered and looks at how the physical and virtual worlds collided at Cannes Lions 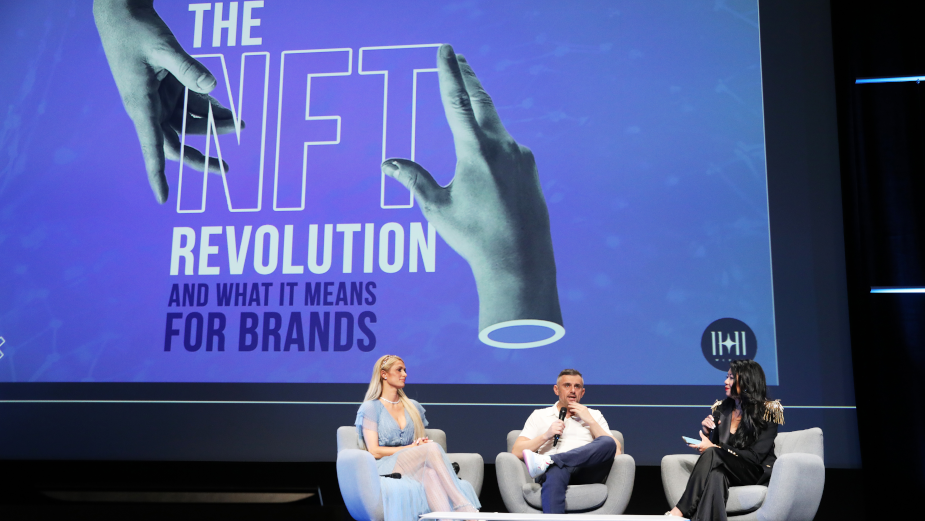 'Backup Ukraine’ by Virtue Worldwide New York for Polycam x UNESCO, was the second highest awarded work at this year’s Cannes Lions International Festival of Creativity. Shedding light on the war in Ukraine, it gave Ukrainian people a mobile phone tool which scans monuments and cultural treasures, turning them into 3D models in an online archive, so they can be rebuilt in the metaverse, in case they are destroyed.

Physical and virtual worlds collided at this year’s Cannes Lions. From the rise of the  Metaverse, to NFTs, AR, VR and gaming, innovations in technology and data are rapidly evolving. While debates about DE&I, community-building within virtual worlds hit the Festival stages, Lion-winning work also highlighted virtual technology’s ability to raise awareness of real-world issues, like the war in Ukraine.

Can the metaverse be a betterverse?

On stage, talks about the metaverse and emerging web3 platforms considered diversity and inclusion, as around 60% of people believe there’s a lack of inclusivity in virtual worlds. This adds a risk that biases in the physical world are mapped and magnified into new dimensions, if it is not tackled and prioritised.

Community-building was also raised, as web3 is not just a new iteration of social. As Paris Hilton, CEO of 11:11 Media, put it: “Web2 was about audience, web3 is about community.” Brands entering these spaces should be joining the conversation, and adding value to it, or building a world where a new community can grow.

Pelle Sjoenell, chief creative officer at video game company Activision Blizzard said, “It’s not a virtual memory just because it happens in a virtual world. People are living a life in these virtual worlds, not just scrolling through a feed.”

Lion-winning work this year demonstrated this community mindset. 'Hidden Spots' by Gut São Paulo for The Kraft Heinz Co won Silver in the Direct and Media Lions by solving a problem within the gaming community. It allowed gamers to find hidden spots within gaming worlds to hide and eat a burger, sponsored by Heinz, without pausing their game. While Skittles and DDB Chicago used Twitch to conduct a conversation with customers in its double-Gold-winning work 'Apologize the Rainbow'.

AR on the rise

While the Metaverse is just starting to make its way in the world, AR has finally gone stratospheric. As XR creator Don Allen Stevenson said at Cannes Lions, “there is great power behind the visual because innovative AR solutions can help break down barriers between people and brands.”

In another enlightening stage session, Snap Inc explained that for the past decade, the brand has been working to drive consumer behaviour to get them ready for mass adoption of AR, and number one on the list was to encourage people to use the camera in place of the keyboard.

Google is also making headway in the AR world with its ever-evolving multi-search, which will soon allow you to search while scanning the world around you. As the camera becomes the new keyboard, brands will be able to uncover new ways to connect with consumers where they are, like launching a music video on a potato chip they’re about to eat, as Goodby Silverstein & Partners San Francisco did for Doritos/Cheetos with its Entertainment Lions Bronze winning, ‘Snackable Screens/Flamin’ Hottie’.

“The biggest way that people communicate in the world is by what they buy,” said Gary Vaynerchuk, chairman and CEO, VaynerX and Vayner Media. He feels this is often overlooked - and that’s no different when it comes to NFTs.

When the metaverse goes mainstream, consumers will use their virtual wallets to communicate who they are inside virtual worlds. As a case in point, the Gold Social & Influencer Lions winner 'The First Meta Sneaker' by Berlin Cameron New York for Under Armour, sees the lines blur between how consumers  are able to portray themselves in reality versus in the metaverse.

Eric Jacobs, chief innovation officer of VaynerMedia, added, “If you think about how I - or most of us - express ourselves in our public-facing persona these days, it is our social media profiles. In Web3, this will become our connected wallet and the NFTs we have in our wallet will be important not only for what sort of utility they provide, but what they say about us”.

Read more insights and learnings around six key themes in the official Cannes Lions Wrap-Up Report which is out now.