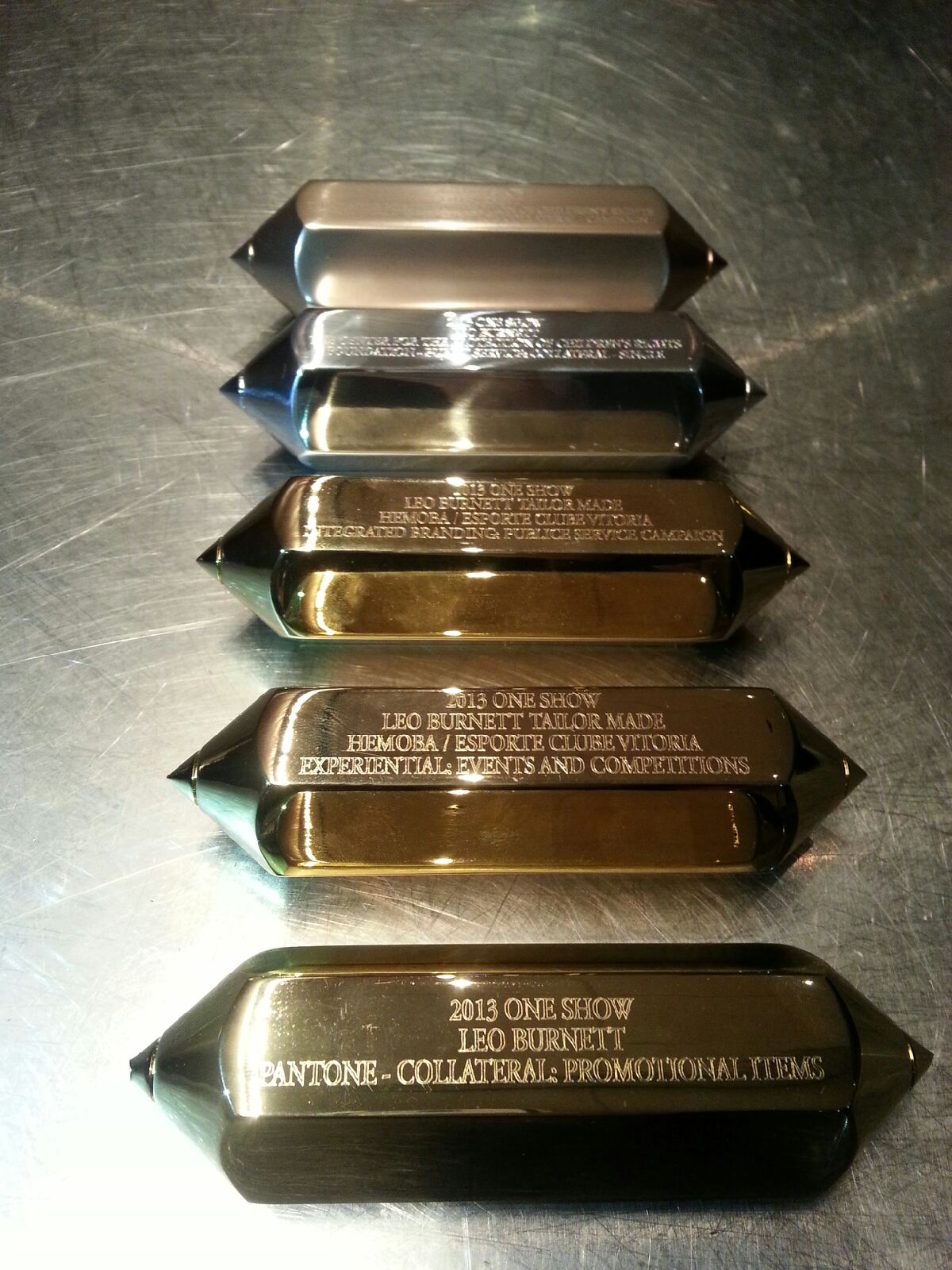 Last week in New York, the One Club announced the winners for the 40th Annual One Show Awards, one of the most prestigious worldwide competitions celebrating the year's best in communications. In total, the network won Best of Show in the Design category, five Gold, one Silver, three Bronze and 46 Merit awards. Collectively, 13 offices including, Bangkok, Bogota, Chicago, Frankfurt, Hong Kong, London, Moscow, Mumbai, New York, Sao Paulo, Tokyo, Toronto and Zurich contributed to the impressive global performance.

The One Club champions and promotes excellence in advertising, design, interactive and entertainment, and is one of the world's top creative shows, alongside the Clio Awards, D&AD and Cannes.

“In the ‘Business of Creativity,’ our creative reputation is pivotal to our long-term success, said Mark Tutssel, Chief Creative Officer, Leo Burnett Worldwide. “Creativity is the most valuable asset in business today, and it is of the utmost importance that we keep a laser sharp focus on the quality of our creative product. Nothing is more important.”

Leo Burnett Chicago secured the highest honors, winning Best of Show in Design and a Gold Pencil in the Design for the Greater Good category for its "Recipeace" campaign for Peace One Day. The social movement brought people together over food and built international awareness for Peace Day while inspiring peaceful action on an individual level. The agency also won a Bronze Pencil in Interactive for "Mean Stinks," which used social media to encourage girls to unite over positive affirmations through social media and inspired 1.3 million people all over the world to Gang Up for Good.

"Independent design shops continue to multiply and create great work, remaining the backbone of One Show Design," said Seth Callaway, Producer for One Show Design, "but large agency networks should also be commended for embracing the importance of design beyond aesthetics. Independent studios and networks alike understand that the industry has shifted toward a more holistic design ethic, often referred to as design thinking or human-centered design. These approaches help clarify the communities and individuals served by design, in other words, 'design that does' versus 'design that is.'''

Leo Burnett Tailor Made’s "My Blood is Red & Black" campaign for Vitória F.C. continued its impressive winning streak, bringing home a two Gold Pencils in Advertising and a third Gold in One Show Interactive. The campaign is one of the most recognizable campaigns of the year and has been recognized with top honors at the International ANDY Awards, FIAP, New York Festivals International Advertising Awards, Goafest and the CLIO Awards.

Leo Burnett Bangkok completed the network’s impressive haul, winning two One Show Pencils. A Silver for CPCR "A Girl" and a Bronze for CPCR "A Girl, A Boy, A Girl 2" in Advertising.