Awards and Events 461 Add to collection

Christmas spot for the Spanish Lottery recognised by The Gunn Report 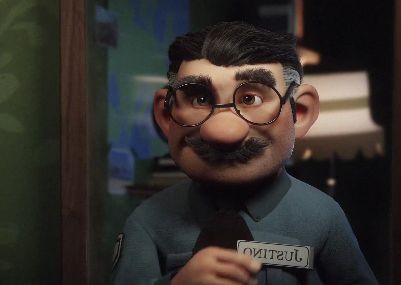 Leo Burnett Worldwide’s 'Justino - Night Shift' for the Spanish Lottery was named the Most Awarded Film Commercial in the World in 2016 by the Gunn Report, the global index of creative excellence in advertising. The story of Justino, a lonely security guard working the night shift at a mannequin factory, is an emotional three-and-a-half minute film that moved audiences worldwide.

The latest edition of the Gunn Report encapsulates the overall performance of the advertising industry from January to December 2016 based on the results of 45 global, regional and national creative awards.

Mark Tutssel, Chief Creative Officer of Leo Burnett Worldwide and Creative Chairman of Publicis Communications said, "Justino is an animated masterpiece. This Pixar-esque short film captured the hearts of a nation, and won every major award in the industry in 2016, including the Cannes Lions Cyber Grand Prix and the Effie Grand Prix in Spain. This case is conclusive proof of the direct correlation between world-class creativity and transformational business effect."

Leo Burnett Worldwide was the third most awarded network in the world in 2016. The network has ranked in the world's Top 5 Creative Networks for the last nine years. This display of creative consistency and excellence is the hallmark of the network.

Hot on the heels of being named Cannes Lions “Creative Marketer of the Year 2016,” Samsung ranked No.1 in the “Most Awarded Advertiser in the World” category in 2016, which is a testament to the technology giant’s belief in the alchemy of creativity and technology to drive business impact.